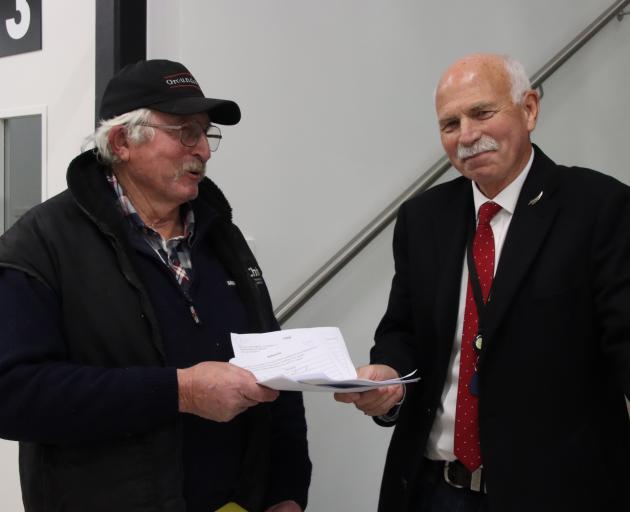 It comes after Groundswell NZ presented the council with a petition to hold a local referendum on the issue.

Council chief executive Stephen Parry said the Government had mandated the reforms and local councils did not have the power to change that.

"If a referendum was going to be held, it seems to me that it would be better placed to be a national one, because ultimately the question and the background information should be the same for whether you're a voter in the Gore district, whether you're in the Far North, or somewhere in between."

Mayor Tracy Hicks prepared a submission to Parliament’s finance and expenditure selection committee calling for a national referendum, which was unanimously endorsed at a full council meeting on July 12.

"Given the troubled history of this reform process, we urge the Government to pause and seek a mandate," he said.

"The number of stumbles, misinformation, misleading behaviour and design flaws warrants a national referendum on this critical issue.

"If the Government genuinely believes it has the requisite level of support, it should not be afraid to embrace this recommendation."

Mayor Hicks also reiterated the council’s opposition to the Government’s model for its Three Waters reform in his submission.

"We acknowledge there is an immediate need for a system change to how water and wastewater services are financed.

"Unfortunately, the Government appears impermeable to seriously entertaining an alternative model for the Three Waters reform," he said.

The council’s preferred model was "a funding arrangement akin to the relationship that currently occurs with Waka Kotahi to fund roading infrastructure. Under this type of arrangement, there is no reason why we could not overcome the challenges Three Waters infrastructure presents."

Groundswell NZ co-founder Bryce McKenzie said it was commendable to see the council taking a stance on the reforms.

"We couldn’t be more thrilled.

"We’d like them to also join Communities 4 Local Democracy as well. Then they’re actually showing people they’re standing against it."

If there was a national referendum, it would be very one-sided, he said.

People were "overwhelmingly against what’s happening".

"I don’t think there’s any question of that and I think the Government knows that. That’s why they’re not interested in doing it."

Mr McKenzie still wanted to see a local referendum on the issue.

"We think it’s worthwhile because it shows where their ratepayers sit on this issue. We think it could be run at the same time as the council elections," he said.

Groundswell NZ had also presented a second petition to the council, calling on it to withdraw funding for Local Government New Zealand (LGNZ).

The advocacy group had failed in its duty to represent the majority of local councils, which were against the Three Waters reforms, Mr McKenzie said.

"[LGNZ] needed to be taking feedback from councils and ratepayers and going to the Government and telling them what they were thinking, not the other way around."

The matter was discussed at a council meeting last month and councillors agreed not to withdraw funding for LGNZ.

Councillor Glenys Dickson said the move would be reckless.

"There are quite a number of benefits for Gore District Council, but I would like to see a strongly worded letter go to them just reminding them that they represent the local authorities and the voice of our community as well."