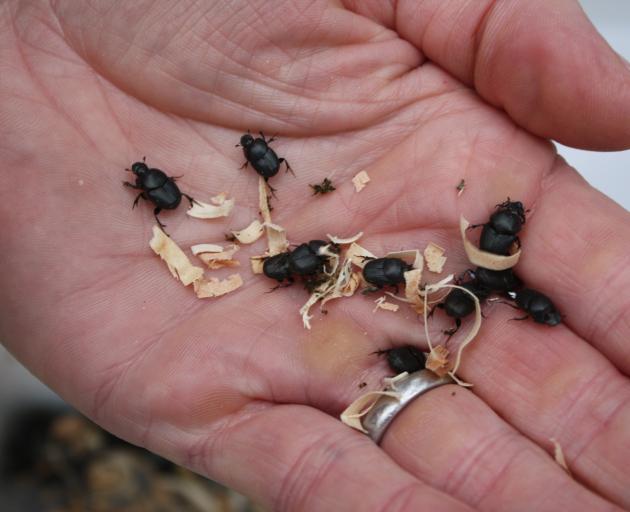 Cr Noone said he was first introduced to the use of the bugs for managing animal waste on farms by a member of the public.

He is now pushing for the council to investigate their usefulness and potentially bring in subsidies for their wider introduction in Otago.

The beetles create small balls out of the manure and bury them in the ground which helps it to break down.

They provided a "natural" aid for water quality by stopping waste entering waterways, Cr Noone said.

"It dovetails nicely with the objectives which the Otago Regional Council is trying to achieve. My first question is have we looked at introducing them into Otago or do we need to enhance that introduction."

The use of the beetles had been successful in some regional councils in the North Island and in Southland.

"These are not a new phenomenon. They're all over the world."

Council biosecurity and biodiversity team leader Richard Lord said it did not have any policies or subsidies regarding the beetles.

"We have not investigated the use of dung beetles to manage effluent, but we're aware of work done by North Island regional councils and Environment Southland in this area.

"Subsidies for dung beetles are not something we are currently looking at, but could be examined in future."