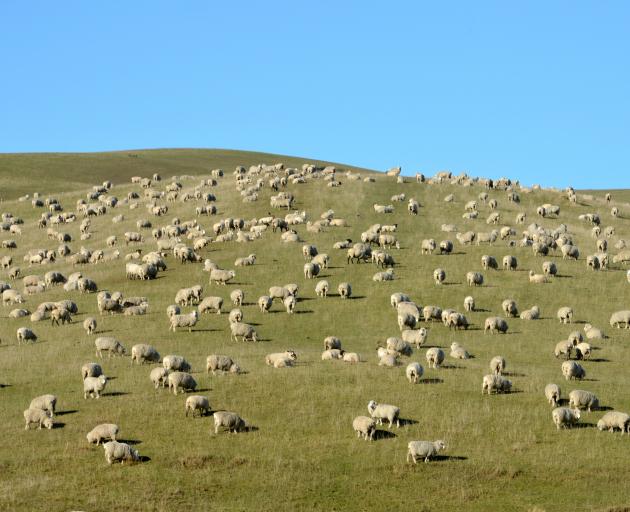 Photo: Stephen Jaquiery
Two prominent plant science academics have called for the establishment of an expert panel of scientists to review claims made about regenerative agriculture.

In a letter to Agriculture Minister Damien O’Connor, Dr Derrick Moot, a professor of plant science at Lincoln University, and retired senior lecturer Dr Warwick Scott said they were concerned about the "mythology" of regenerative agriculture "and its worrying increased profile in the New Zealand media and farming sectors".

New Zealand sheep and beef farmers had world-leading agricultural practices and the underpinning scientific principles of the country’s current agricultural systems were in danger of being devalued by a system they believed had several serious shortcomings, they said.

To define regenerative agriculture was difficult, the pair said.

"We strongly reject this implication. Our current sheep and beef farming practices are world-leading.

"We recognise that there are practices and practitioners in conventional agriculture that can be improved but consider these are minor compared with most international production systems.

"Indeed the sheep and beef sector is the only industry to have reduced its greenhouse gas emissions intensity to below 1990s levels while continuing to achieve strong productivity gains.

Drs Moot and Scott believed the regenerative agriculture system lacked credibility and contained many aspects that were scientifically untenable.

"We believe it is our statutory duty as academics to provide some warning about the fallibility of these systems."

They supported several aspects of conventional agriculture that were promoted within regenerative agriculture.

Practices such as rotational grazing, high-quality leafy-legume-based pastures, direct drilling, overcoming nutrient deficiencies and landscape farming to provide ecosystem services all had a sound scientific basis and were not new. They were already well researched and validated, they said.

In a response to the Otago Daily Times, Mr O’Connor said farmers had always had the freedom to make individual choices about alternative practices on how they operated behind the farm gate, and "curiosity is one of the drivers of innovation".

That was to be encouraged if it could provide solutions to the challenges farmers encountered on a daily basis, whether extreme weather events, making changes to meet new regulatory requirements, or seeking to proactively improve their environmental footprint.

At present much of the information available to farmers about regenerative agriculture came from trials and studies in other countries with different climates, soils, and farming systems to New Zealand.

"There is a real opportunity for our science and research community to work with farmers to build a robust, evidence-based understanding of the benefits of regenerative agriculture practices in a New Zealand context," he said.

Some of that work was starting with research projects being undertaken by Manaaki Whenua, Lincoln University, and Pamu (Landcorp), through case studies on individual farms, he said.

In their letter, Drs Moot and Scott referred to a recent episode of Country Calendar featuring Linnburn Station, in Maniototo, which highlighted regenerative agriculture.

The Otago Daily Times contacted both Peter Barrett, of Linnburn Station, and Pure Advantage, a registered charity led by business leaders which has been promoting regenerative agriculture, for comment, but did not receive responses.

While I think any farming system should be scrutinised to improve it.
I think click bait titles of articles can be scare mongering and verging on propaganda.
Having been in the farming industry for many years I can tell you from personal experience that there is a huge amount of fear and uncertainty in farmers. Constantly questioning if what there doing is right and fearing change.
With the strongest voices being big industry lead by "academics" and big money who are driven by profit.
Talking about a lack of studies and info coming from over sea not matching our climate is a cop out.
Ive also seen first hand regenerative agricultural and practiced it.
There is a million ways to farm and each valley and hill is different again.
What farmers need is positive reinforcement of good practices and discouragement from poor practice.
Not fear of the unknown.
Start studies and do it right. Don't dip your toes half heartedly and when the first herdle comes write about the negatives.
Let's see you be kind like our amazing supportive pm and drive the industry forward.
Cheers
Jayden

The environmental aim of regenerative agriculture is to sequester carbon dioxide. How would we measure whether best practice NZ dry-stock farming is better or worse than practices described as regenerative at doing that? It's all about depth of topsoil, isn't it?

The farmer who leases a large amount of public land in my area and farms beef kills all his grass with weedkillers every year, re-sows with rye-grass and then sprays the pasture with insecticide to kill invertebrates that can damage the young grass. Is this best scientific practice? Because it seems pretty awful to me.