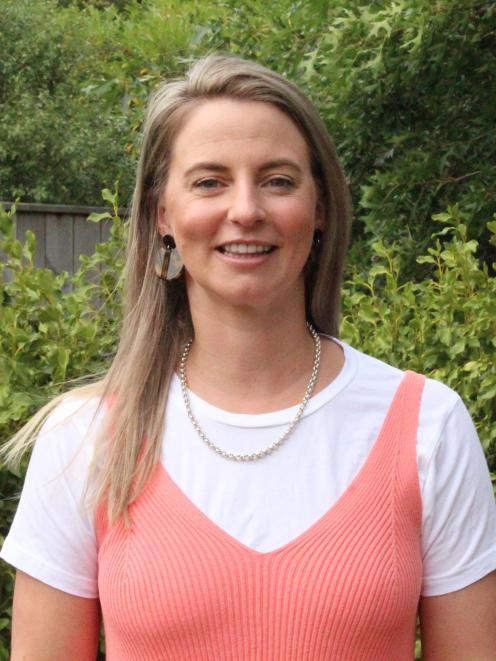 Nicky Barton
A new New Zealand study shows farmers aged in their 60s and over 70 die in the highest numbers in farm work accidents.

The research was carried out by WorkSafe marketing and communications media manager Nicky Barton for her Kellogg Rural Leadership Programme.

Her report Old dogs, new tricks — An exploration of age and its influence on health and safety in New Zealand’s primary sector, released in November, said her study revealed ‘‘some interesting interactions between age and health and safety behaviours on-farm’’.

There were nearly 20 deaths resulting from farm work each year in New Zealand.

‘‘Agriculture records the highest number of deaths of all industries and improving these statistics has proved a challenge for successive regulatory bodies, industry groups and farmers themselves,’’ Miss Barton said in her executive summary.

‘‘Almost a quarter of these deaths are those aged in their 60s and when combined with the number of workers over the age of 70 the group makes up almost half of all fatalities on-farm.’’

‘‘The research uncovers a challenge to all in the rural health and safety system; that when farmers are at their most experienced and perceived to be most adept at assessing risk they are also being fatally injured in the highest numbers.’’

It was largely unknown why older farmers died in such high numbers, she said.

‘‘The ideas of slower cognition, physical limitations, overestimation of ability or pending mortality (coupled with decreased responsibility) may be correlated.’’

However, Miss Barton also found that older farmers, who could be seen by their peers as ‘‘difficult’’, could actually be ‘‘willing to adjust their practice and work hard to encourage a positive health and safety culture on farm with the priority of getting everyone home healthy and safe at the end of the day’’.

She produced the following recommendations aimed at guiding regulations, giving insights to stakeholders and industry-good bodies, and encouraging farmers to take a safer approach to their work:

Continue and/or implement programmes of work that engage with those in their youth or early career years to create sustained generational change.

WorkSafe and industry groups should utilise the theme of responsibility in working to engage farmers across all age groups with health and safety messages.

Create case studies on mid-career farmers to help better understand why they are represented in lower fatality and injury numbers and share findings and approaches with wider industry.

Utilise the suggested contributing factors to the high rates of fatal injury in older farmers as the basis for intervention design by WorkSafe and industry groups.

WorkSafe, rural media and industry groups need to better highlight vehicles as key contributors of harm on farm. Knowledge of risk and/or concern in this area was lacking.

Repeat the data-led elements of this research with injury data to compare and contrast focus areas.

WorkSafe and industry groups should collaborate on a campaign focusing on safely incorporating children in farm activities and encourages better risk assessment and decision-making by parents.

Side-by-side accidents need to be differentiated from four-wheel motorbike by ACC and WorkSafe. It paints an inaccurate picture of fatalities involving an increasingly used vehicle with more safety features than a quad bike such as structural roll-over protection and seatbelts.

Canterbury and Otago people are dying in farming accidents in alarming numbers.

Canterbury had more agriculture-sector deaths than any other region in New Zealand from December 2018 to November 2019 — six of the 19 recorded nationally by WorkSafe.

Waikato was second with four, while Otago and Hawke’s Bay each had three. Eleven of the deaths were caused by vehicle incidents.

From the beginning of November last year until February 4, the WorkSafe figures show there were two more deaths on farms in Canterbury and three in Otago.

One of the Canterbury cases was a 79-year-old trampled by cattle and the other was a farm vehicle rollover that killed a 19-year-old.

In Otago, a 64-year-old was knocked off an ATV side-by-side buggy by a sheep, and a 34-year-old died in a fertiliser truck accident

Another death was on the outskirts of Waimate on January 26, when Tracey Kaynes (60) died after his tractor rolled. However, WorkSafe did not investigate because the fatality was not work-related.

Mr Kaynes was a courier driver who lived on a lifestyle block.

Waimate Mayor Craig Rowley, who knew Mr Kaynes well, said it was ‘‘a shocking accident and unfortunately they are all a bit too common, these farm accidents we see about the place’’.

Federated Farmers South Canterbury president Jason Grant said he did not want to comment on any cases out of respect for those involved.

However, he said health and wellbeing was being addressed in all businesses and was ‘‘actually being talked about on-farm’’.

He had noticed a significant change in that in the past five to six years, saying farmers were looking at the subject as part of their everyday operations and had ‘‘moved forward’’from previous attitudes.