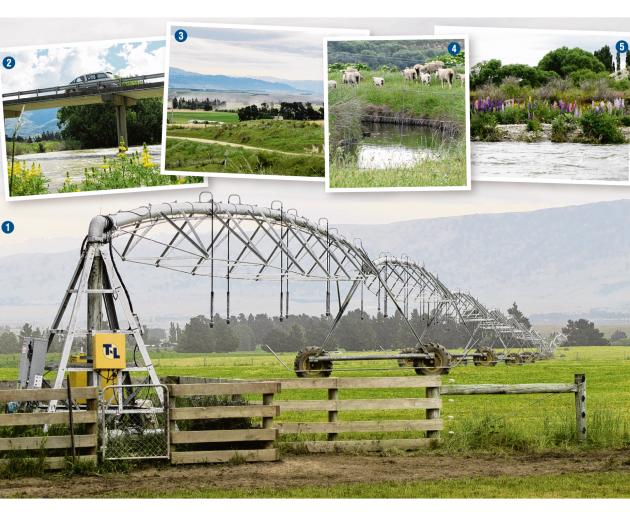 The complexities of farming with irrigation in the Lindis and Ardgour valleys of the Upper Clutha were spelled out at an Environment Court hearing in Cromwell this week.

Bruce Jolly, who owns 3000ha "Ardgour" farm, which has 160ha of irrigated land, was the final witness before the hearing was adjourned until January 28.

After seven days of evidence from hydrologists, ecologists and specialists on trout, Judge Jon Jackson ended the hearing a day earlier than planned, admitting in a light-hearted moment, he was somewhat "overwhelmed" and needed a day to reflect on what he had heard.

The 900litres per second minimum flow limit, set by the Otago Regional Council in 2016, is being appealed by the LCG.

Under the present regime, there is no flow in the river for several weeks over summer.

Mr Jolly told the hearing his family’s sheep and cattle property was "one of the driest and most rabbit-prone properties in New Zealand".

It was "very unusual" not to face "some sort of head wind" in the form of drought, hot summers, long cold winters, rabbit plagues or volatile markets.

"The small amount of irrigation that we have is absolutely critical in allowing us to withstand these conditions. It is the difference between profit and loss in many years."

Knowing that historic water rights are due to run out by 2021, reducing the availability of water for irrigation, Mr Jolly spent 10 years preparing.

He invested in water storage dams and pivot irrigators, the cost and debt servicing associated with this modernisation requiring "immediate income benefits", he said.

Pivots were programmed to apply 10mm-12mm at each pass, with little surplus water held in the soil.

"If we miss a pass, plant growth is quickly affected and that loss in growth cannot be recouped.

"As a result, you need very reliable water to justify the expense of pivots."

The designers of Mr Jolly’s new system based their calculations on the Otago Regional Council setting a minimum flow rate for the Lindis River of 450litres per second.

"Given our long-running involvement in the various processes associated with water allocation in our catchment the [ORC] decision to impose a minimum flow of 900litres per second came as an incredible shock."It has put my family in a very precarious position with our level of debt.

"I thought we were doing the right thing being pro-active, improving our water use efficiency and meeting our environmental responsibilities as soon as possible.

"As a result, there is a lot at stake in this decision for my family."