Farming director on SFF knew the right time to go 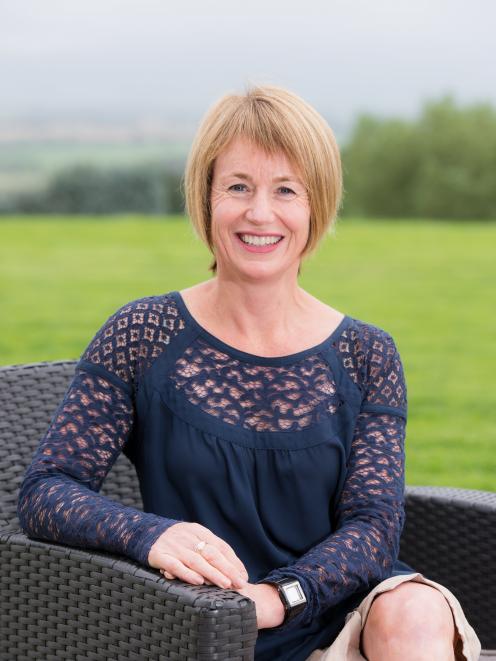 While acknowledging it was sad to leave what was a "fantastic company and board" and also such an important part of her family’s own farming business — it was the right time, she said.

"I think I’ll be just be able to be pleased with what I’ve done," she said.

Her tenure would end at the co-operative’s annual meeting in Dunedin on Thursday.

Mrs Hancox and her husband, Nelson, who have four adult children, operate a large-scale sheep and beef operation in West Otago.

The couple have received various farming accolades including Rabobank Lincoln University Foundation South Island Farmer of the Year, Clutha District Farmer of the Year and winners of the national ewe hogget competition.

She was elected to the board of Silver Fern Farms in 2015, ousting incumbent director Herstall Ulrich.

She was a founding member of the now-defunct Meat Industry Excellence (MIE), which sought industry reform, and resigned from the group to pursue election.

Asked why she chose to stand, Mrs Hancox said she personally felt she had to "step up" in agriculture.

She had been through the Agri-Women’s Development Trust’s Escalator programme and had a few smaller community governance roles.

There were issues with "roller-coaster" pricing in the red meat sector and the decision to stand was about timing.

Meat Industry Excellence had a lot of support behind the scenes about how to make changes and it was hoping to get a strong presence on the boards of Alliance Group and Silver Fern Farms.

But once Mrs Hancox got on the board, she realised it was "completely different". "As soon as I got on, that first day, it doesn’t matter how much due diligence you do before you get on that board, you couldn’t see what I saw until I arrived on that board," she said.

And she acknowledged it had been a "little bit frightening" to see exactly what position the company was in, along with the realisation that it was about "survival more than anything".

Meat Industry Excellence had been of the belief that Silver Fern Farms and Alliance Group could work together and make one stronger co-operative together.

But once she got on that board, it was more about if Silver Fern Farms would survive and whether it was a company that they needed to fight for — "we felt like it was".

It had a great brand, it was seven years ahead on marketing and shareholders had invested huge amounts into the company.

"The thought of just throwing it away was not palatable," Mrs Hancox said.

She was the first female farmer director elected to the board, although Jane Taylor was there as an independent director.

Joining the board was not daunting; what was daunting was the sense that there was a lot of work to be done to save the company, she said.

But it was often said that it was better to learn on a board when a company was going through some difficulties, rather than when things were going well.

The learnings gained through her tenure she would "hopefully never" get again, she laughed.
It was a very interesting time governance-wise and it was also all-consuming. For her personally, she could not discuss anything with her husband, as confidentiality was crucial, and so that was difficult. But it was fortunate to have such a good board to discuss things with.

That was the result of a capital-raising process which saw various parties, both domestic and foreign, looking at the company.

Knowing it was stressed financially, some companies were "like sharks hovering around". The offer from Shanghai Maling was by far the best and most generous offer, Mrs Hancox said.

And it also understood the importance of Silver Fern Farms’ farmers in the business —"our farmers are the business," she said.

It was a busy time and Mrs Hancox acknowledged she missed a few highlights in her family — as anyone did when working.

"Also sometimes, I think that is a normal part of life and children have to understand there are sometimes different priorities.

"It was difficult ... my family is really incredibly important to me. These things are hard. I hated doing that, also I was involved with Silver Fern Farms and it was important to do that. When you sign up to do a job, you’ve got to do it well."

It was a juggle and an incredibly busy time. There was also a lot of shareholder work that went under the radar, yet took time, but she loved it all.

She was "incredibly proud" of where Silver Fern Farms was today and it just showed that, with that financial security, how it had been able to grow.

In the past four years, Silver Fern Farms had been able to deliver a patronage reward or dividend to shareholders and that was great. It was financial insecurity that had previously troubled shareholders the most.

Now the company was stable and could post profits, providing a good return on investment. That was what farmers wanted in their own businesses, and they certainly wanted it in their processing and marketing business, she said.

She described the company’s Plate to Pasture strategy as a "coup" which had been very powerful. It was looking at what consumers wanted and, increasingly, farmers were understanding that.

As far as personal highlights, Mrs Hancox said there had been lots of positive things, including the return to profitability — "without that, you can’t reinvest in your company" — better training for those on the board, and watching the management team grow in capability.

"One of the most important things I really like is valuing our people. The value we put on our people right through our business. Watching people’s development ... has been really amazing," she said.

The time was right to step down, as Mrs Hancox believed there needed to be fresh people on that board to develop to then go on to the Silver Fern Farms Ltd board.

What had also been satisfying to see was farmers stepping up and taking governance roles within their communities. Anything that supported rural communities and agriculture was "fabulous", she said.

Mrs Hancox said her empathy for people had hopefully meant that shareholders felt they could approach her.

She also hoped she had picked up her late father Colin Richardson’s positive approach towards farming, something that her husband also had.

"I think that’s a lot to do with why we’ve got four adult children who all want to be involved in agriculture because we’re always so positive about farming. They see us working really hard and got that work ethic — they also see profitability and balance."

Mrs Hancox remained on the board of Co-operative Business New Zealand, but would step down in August.

She was a director of West Otago Health and a trustee of the Lincoln University Foundation and Clutha Foundation and she holds a National Diploma in Ambulance Practice.

She had not been able to put as much time into them as she would like to, along with the Hancox family’s own farming business.

She occasionally still got called to help on the farm and she still cooked for the shearers and did the books.

Should be a mandatory 6 year roll over for all directors.

Not this one, who will be missed.

Farmers should realise that 'Plate to Pasture' is the wrong way round.