Freshwater changes not set yet 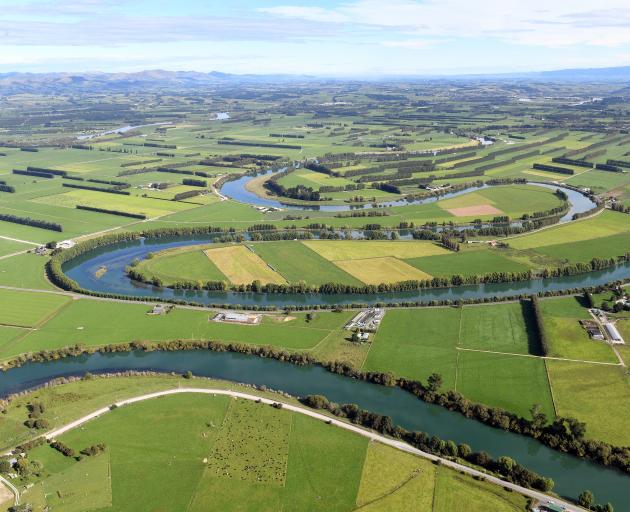 All farmers, rural business owners and employers are urged to make submissions to the Ministry for the Environment (MFE) about the Government's Essential Freshwater: Action for healthier waterways package.

The Government has released a discussion document that outlines proposed changes to the National Policy Statement for Freshwater Management and the National Environmental Standards, to clean up and prevent further water quality degradation.

Ministry staff held meetings in the region last week, including at the Winton Bridge Club on Thursday, and more than 300 people attended, with about 100 having to sit outside and listen to proceedings on speakers.

Another meeting with similar numbers was held in Invercargill the night before.

Federated Farmers Southland leaders, including president Geoffrey Young, along with representatives from Beef + Lamb New Zealand, and DairyNZ, attended the Winton MFE meeting, then spoke at a second meeting, held after the ministry staff had left.

Many farmers were concerned about the impact the changes would have on their business viability and the industry bodies would all be making submissions on behalf of their members. 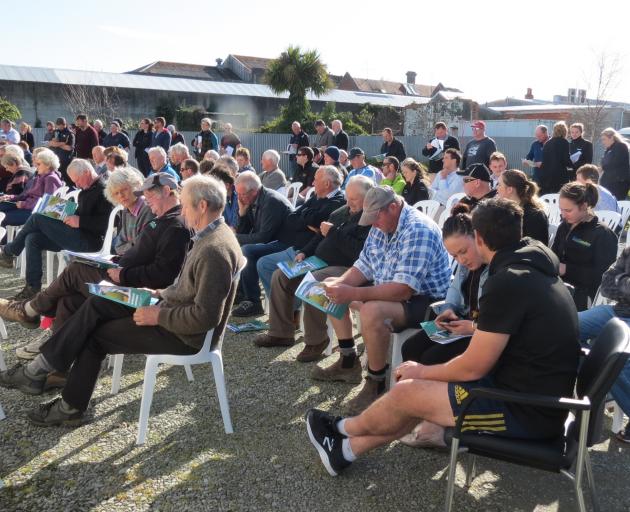 More than 100 people sit outside listening to Ministry for the Environment staff discuss the Government's Essential Freshwater: Action for healthier waterways' package through speakers, at the Winton Bridge Club on Thursday. About another 200 people were inside. PHOTO: YVONNE O'HARA
However, they wanted farmers to make their own submissions as well, to highlight how the changes would negatively affect their businesses.

"We are urging not only farmers but all rural businesses (and urban people) to put in submissions as this will have far-reaching effects," Mr Young said.
He said the freshwater package was a "weighty, very aspirational document" with a lot of information to work through.

"Farmers want to do the right thing for the environment but some points in the discussion document were draconian on how we are going to have to farm."

During the first meeting, the Ministry for the Environment's director of water Martin Workman said the feedback from those at the meetings would be relayed back to the ministry.

"We are doing a lot of listening and there is a lot of concern around the freshwater proposal, and we recognise that," Mr Workman said.

"We are listening to those concerns."

He said 16 water and agricultural scientists formed the initiation steering group to formulate the proposals, but nobody from DairyNZ, Federated Farmers and Beef + Lamb New Zealand had been included.

Other farmers were critical of the six-week time to submit comments, and to be holding meetings at this time of year, which was one of the busiest in the farming calendar, although that has since been extended to the end of October.

Farmer Grace Kerr said this was a busy time for farmers and was critical of the timing of the meetings.

Others were concerned about the 5m fencing off rule from waterways, and the additional costs that farmers would incur.

"They don't understand what we do at this time of year.

Ettrick dairy farmer Grant Scott said the timing and process was disrespectful to dairy farmers and while Mr Parker needed to get farmers' buy-in, all he was doing was getting their backs up.

Mr Harrison urged farmers and rural business and those affected by the changes to make submissions.

"We need to make some noise," he said.

Once the submissions were in, there would be no hearing or select committee.

DairyNZ's senior consulting officer Southland Guy Michaels urged farmers to make submissions, with the emphasis on what the implications would mean for them on their farms.