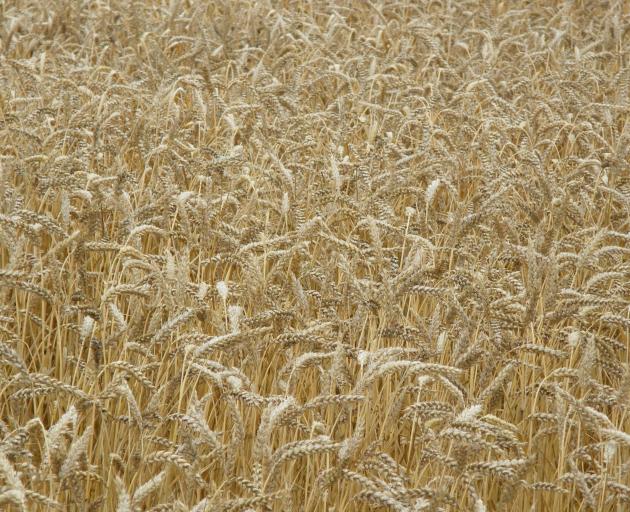 Cereal grain production (wheat, barley and oats) for the season totalled an estimated 881,800 tonnes, and maize grain 181,800 tonnes, for a total of 1,063,600 tonnes. PHOTO: CENTRAL RURAL LIFE FILES
Total grain production for the 2019-20 season was well up over one million tonnes, despite contracts for malting barley, used in kegged beer, being down on sales last year.

It was part of the Covid-related turbulence, according to Federated Farmers arable vice-chairman grains Brian Leadley.

He said that turbulence was still apparent in contracts for malting barley.

The latest Arable Industry Marketing Initiative (AIMI) report found the percentage of hectares forward sold for malting barley (as at October 10) was only 41%, compared to 97% at the same time last year.

"It’s known that the lockdown and subsequent restrictions hit the sale of kegged beer, though bottled beer for drinking at home continued apace.

"There had been talk that China’s ban on Australia’s barley might lead to product landing on us from across the Tasman but it hasn’t happened.

"Our local industry is pretty committed to domestic grain," he said.

Mr Leadley, who farms at Dromore, near Ashburton, was confident the malting barley market and forward contracts would pick up again.

Unsold stocks of grain, across all six crops were estimated to have reduced by 50% between July 1 and October 10.

"Obviously, we have plenty of end users recognising the benefits of quality NZ-grown grains, whether that’s for products for human consumption or for stock feed."

The total area sown, or intended to be sown, in cereal crops was estimated to be 95,500 hectares, down 3% on last year. And as of October 10, 85% of this total area had been planted and the remainder was still to be sowed.

Mr Leadley said spring sowing in Southland had been delayed by wet conditions while growers in other regions had reported concern over low moisture levels.

It underlined the case that re-sowing paddocks used for winter grazing by a blanket national deadline, despite regional climate variations, was a flawed approach, he said.

"The intent of the freshwater regulations — to stop nutrients from moving — is right, because plants hold the soil. But to try to do it by putting a timeframe on it, with no regard to good management practice allied to weather conditions, is detached from common sense."

Heavy sowing machinery used on paddocks that were too wet compacted the soil.

"You get a double hit. You get run-off from compact soil, and it also means that you might only get 40% to 50% germination of the plants. Fewer plants means less root mass to hold the soil."