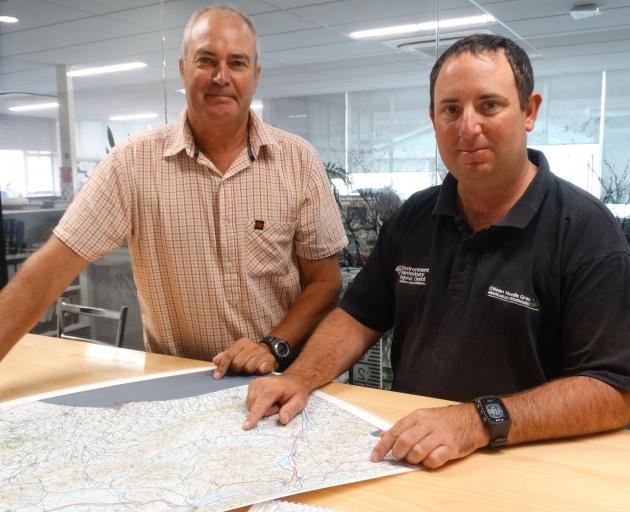 Earlier this month, a wallaby was sighted well outside the South Canterbury containment area in Methven and there have been five other sightings reported since the start of the year.

''They're being put in the boots of vehicles and taken out of the containment area.

''It's an offence; you can't hold them as a pet. I've shot them in Amberley - and they haven't got there by their own accord.''

Mr Glentworth said often recreational hunters shot the doe and found a joey in the pouch which they thought would be a great pet for their children, but it was an offence under the Biosecurity Act to keep it.

''Anyone who knows of a wallaby being kept as a pet, please let us know. We don't want another population of wallabies outside the containment area. Farming is hard enough without an additional pest to control. 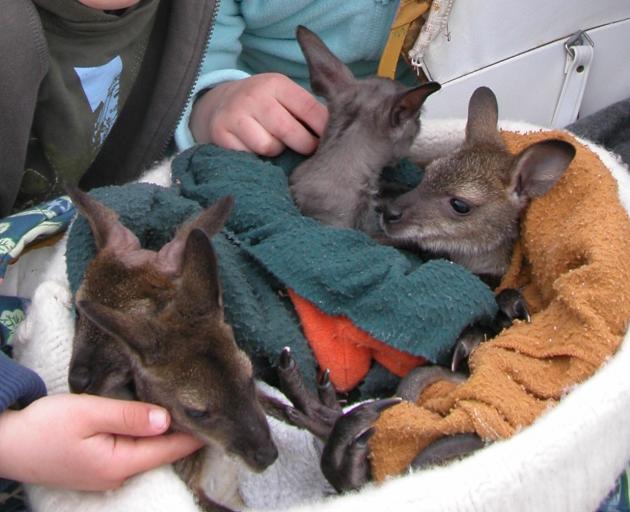 Wallabies are classified as an unwanted organism under the Biosecurity Act 1993 and possession of any live wallaby is an offence. There are exemptions, though, for petting zoos and wildlife parks. Photo: Allied Press Files
''And if farmers find a wallaby on their land, destroy it and let us know.''

Mr Glentworth said the best way to contain the wallaby population was for farmers to work together.

''If one farmer does control and other neighbouring farmers don't, the wallabies can drift back.

''One focus for us is to talk to groups of landowners to encourage co-ordination. If three or four come on board, it is the best way we can work on control.''

There had been co-operation in the past, Mr Glentworth said, and it was increasing year-on-year.

''The biggest proponents are telling their peers and we've made good gains.

Fewer wallabies means more feed for farmers' stock in South Canterbury. Photo: Allied Press Files
ECan has a large wallaby containment area covering 900,000ha just south of the Waitaki River inland along the eastern side of Lake Tekapo in the Mackenzie Country and north to the Rangitata River to the coast.

The largest concentrations of wallaby populations are in bush country, the Hunter Hills, Albury Range, Kirkliston Range and Two Thumb Range covering 450,000ha. Within the containment area there are believed to be hundreds of thousands of wallabies.

They are also penetrating beyond the containment area under their own steam.

''The biggest issue is just south of the Waitaki River; they're crossing the Aviemore dam at night. Since 2007 we've destroyed 215 on the south bank of the Waitaki.''

Wallabies were first introduced into New Zealand in the 1870s and were released at Mt Studholme, near Waimate. By the 1950s, numbers had grown to the point they had become a problem.

''They eat everything that sheep eat, as well as pine seedlings, and they foul pasture,'' Mr Glentworth said.

''Three to four wallabies equate to one stock unit in the damage they can do to native species.

''And a lot of wallabies means less food for the stock.''

At first, deer cullers employed by the Department of Internal Affairs shot several thousand wallabies in the Hunter Hills without making a dent in the population; then the New Zealand Forest Service, followed by a South Canterbury Wallaby Board funded by local landowners with a contribution from central government, took over control and managed to get on top of numbers in the 1970s, through the use of poison.

In 1992, the wallaby board was disbanded.

''With local government reforms, there was a sinking lid on government contributions and the cost had to be borne on farmers.

''Farmers chose a user-pays system where the individual landowner was responsible for control but because numbers had been low, many farmers did nothing for a long time.''

By 2007, the wallaby population had escalated. ECan introduced a pest management plan with farmers in the containment area required to keep at level three on a five-point Guilford scale.

''At level three it gets beyond ground shooting.

''We have an inspection regime. If inspectors find level three on a property, we tell the farmer work will have to be done.

''We encourage them to use the best method - poison - two registered toxins, 1080 and cyanide, and to have co-ordination with neighbours.''

ECan employed four staff on wallaby control although not all their time was spent on this work. Contractors with dog teams for search and control, and poison contractors were also employed.

Mr Glentworth said last year ECan noticed there were fewer reportings of sightings outside the containment area and fewer wallabies had to be destroyed.

''It's encouraging. It appears control outside the containment area is paying off.''