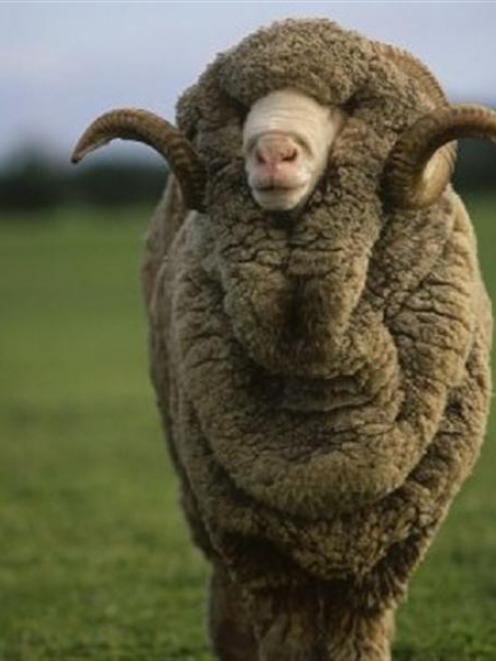 Photo: ODT files
Entries are open for the highlight of the merino shearing year - the 58th annual Merino Shears competition.

The New Zealand Merino Shearing Society is hosting the competition which will be held at Molyneux Stadium in Alexandra on October 4 and 5.

Committee member Graeme Bell was looking forward to the event.

The junior, novice, senior and open woolhandling competitions would be held on the Friday and the senior shearing heats, quarters and semifinals would also start on Friday, while the open shearing heats and finals and teams events would run throughout Saturday.

Competitors traditionally came from throughout Central Otago, as well as from all over New Zealand.

About 150 to 170 competitors were expected, including a group of shearers from Australia.

The top performers from that group would compete against the top New Zealand shearers in a invitation test match on the Saturday night.

She was then selected to represent New Zealand in the World Shearing and Woolhandling Championships in France in July.

The sheep will be supplied by Earnscleugh Station, which has done so every year since 1961, and from Northburn Station.

Transport of stock will be donated by local trucking company Beckers Transport.

Society president Greg Stuart said he was grateful for the support of sheep suppliers such as Earnscleugh Station, which had done it right from the beginning.

He also wanted to thank the 70 or so volunteers who donated their time every year, from the truck drivers and pen boys to the kitchen staff, and judges, as well as the sponsorship and support from local businesses.

"We are also very lucky to have a pretty good relationship with the Dunstan High School hostel as it is holiday time and is accommodation for the judges."

Last year, the McSkimming family presented the society with the Murray McSkimming Memorial trophy, which was made out of Mr McSkimming's old hand piece.

Son, Lane McSkimming, of Wanaka, said they had yet to decide who would receive it this year.

The trophy recipient would be someone in the industry who had earned mana and respect and was a role model.

The day after the shearing competition, the family will go to the Upper Manorburn dam to scatter Murray's ashes.

"He used to take us fishing there as kids, and up there you can see over the ranges and the whole of Central Otago where he grew up and shore," Lane said.