Optimism in spite of heavy rain 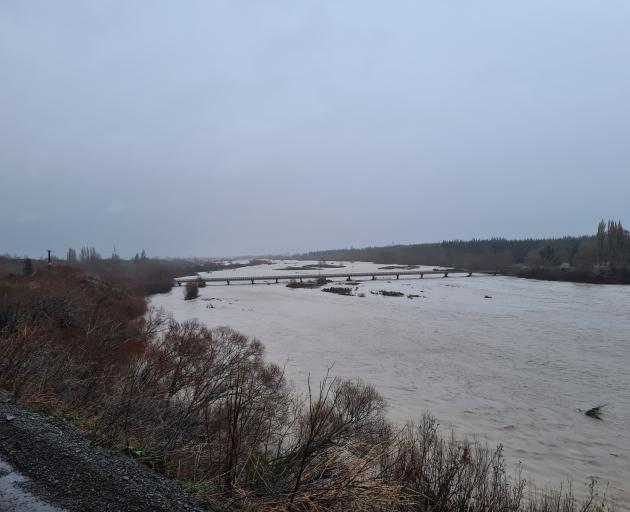 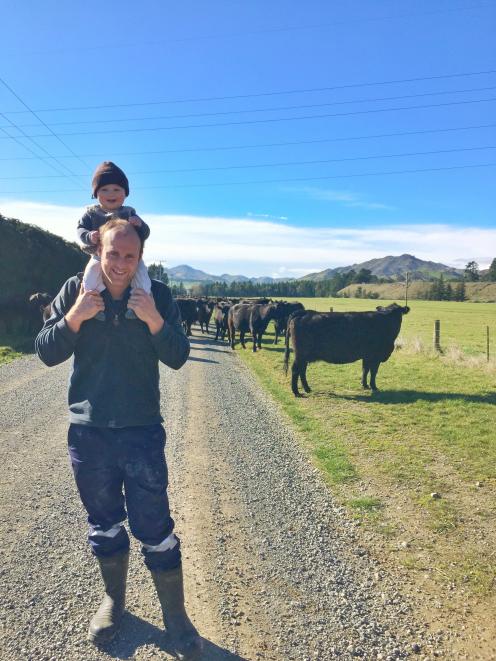 Hurunui farmer Stu Fraser, with his son Jock (2), was pleased to finally get a decent downpour after enduring months of drought conditions. PHOTO: SUPPLIED
The Federated Farmers North Canterbury meat and wool vice-chairman said last week’s deluge had given his farm a welcome boost after a long, dry autumn.

"We are certainly happy to see the rain. There’s not a lot we can do for an event like this, other than just prepare ourselves as best we can and make sure our stock are fed and safely out of mud and water."

The advanced weather warnings issued by authorities allowed Mr Fraser to get his stock off the low-lying areas on the south bank of the Hurunui River on to higher ground.

Farming in North Canterbury these days meant farmers needed to be prepared for long, dry spells followed by heavy rain, so Mr Fraser has spent the past four years building up his feed supplies to ensure he had plenty on hand.

While it was too early to tell how much damage the farm had suffered, he was optimistic he would come through his latest challenge.

"We are governed by the weather and Mother Nature, so if you want to keep farming you’ve got to adapt. The main thing for now will be winter feed.

"With it being dry for so long it takes a lot of water, but the ground is so dry it struggles to soak in, so the majority of this rain will just run off.

"But at least something will soak in and, if we have a mild winter, we should get a little bit of growth and, if not, hopefully this will set us up for spring." 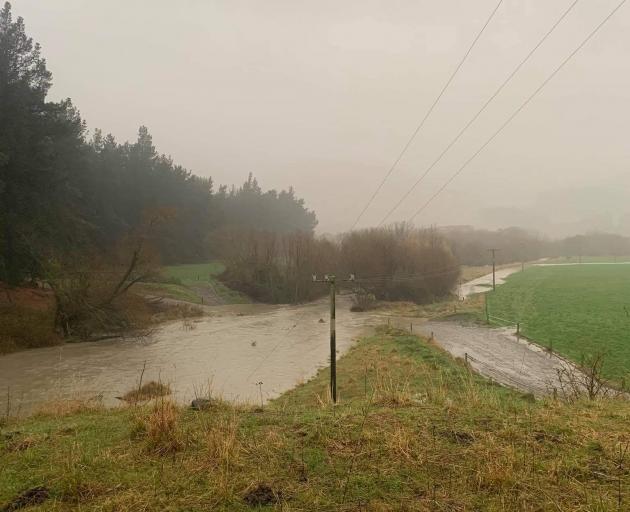 Farm access was a challenge on Federated Farmers North Canterbury senior vice-president Rebecca Green’s farm. PHOTO: SUPPLIED
Scanning was scheduled to begin last week ahead of lambing in August for his 5600 mixed-age composite ewes, while he was due to buy in some bulls for his 400 Angus-Hereford-Shorthorn-cross breeding cows.

But Federated Farmers North Canterbury senior vice-president Rebecca Green was optimistic the farm on which she contract milks with husband Blair Green had come through relatively unscathed.

"There doesn’t appear to have been a huge impact compared to other areas. The cows are all OK, but the cleanup is going to take a while because we’re going to have to wait for the water to run off the farm. It will just take time.

"Our main concern is getting the roads open, so people can get access, and being able to fix fences."

The heavy rain would have caused some disruption with changeover day, though she believed many had moved before the weekend.

With winter upon them, Mrs Green said everything was still on track.

"We just need to get through and wait for the water to recede so we can assess the damage."