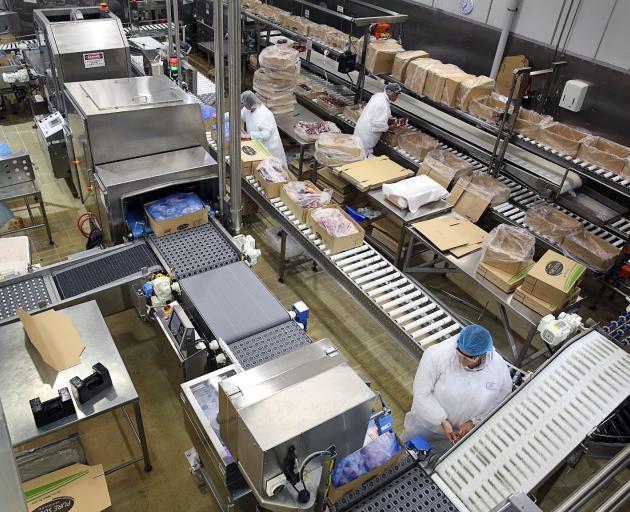 Alliance Group runs regular recruitment programmes to attract local people to take up roles with the co-operative. Photo: Alliance Group
Many industries within the primary sector are facing staffing issues.

Alliance Group general manager people and safety Chris Selbie said the company employed more than 2500 people in Southland during the peak processing season and continued to face ongoing shortages of people for its Mataura and Lorneville plants.

''Alliance runs regular recruitment programmes to attract local people to take up roles with the co-operative and we work closely with Work and Income, the Ministry of Social Development and local development agencies on solutions to address the shortages,'' he said.

''At the same time, we are making significant investments in training and upskilling for our existing people to ensure they have opportunities to further their careers.''

''As an industry we need to be training about 1000 people a year to meet demand,'' Mr Morrell said.

''Where does the money come from?

''As an industry we have an x amount of people exiting the industry through old age or [we are] being outbid by other industries.

''In the old days we had them straight from school.

''My dad was a shearer and I went to work with him in the school holidays and really enjoyed it.

''Nowadays, having kids running around the shed is not accepted by health and safety.

He and former world shearing champion Tom Wilson formed Elite Shearer Training, which they established 18 months ago to provide training.

''It is user-pays, but our goal is to try to get [funding] to get the costs back to something affordable,'' he said.

Retention rate
The Ministry for Primary Industries released data in its Primary Industries Workforce fact sheets in March.The retention rate of new entrants to the various primary industry sectors after three years averaged only 29%.The retention rate after three years was 27% for arable,  33% for dairy, 30% for forestry, 14% for horticulture, 26% for the red meat and wool sector, 20% for the seafood industry and 29% for other primary sectors.

Workers needed
MPI’s ‘‘Future capability needs for the primary industries in New Zealand’’ report, which predicted the number of people the sectors would need by 2025 (published 2014) said Otago would need nearly 20,500 people employed in the sector compared with 18,332 in 2014. By 2025 the Otago and Southland rural sectors were predicted to need more workers in dairy, arable, horticulture and support services, while fewer textile and meat processing workers and sheep and beef farmers would be required.