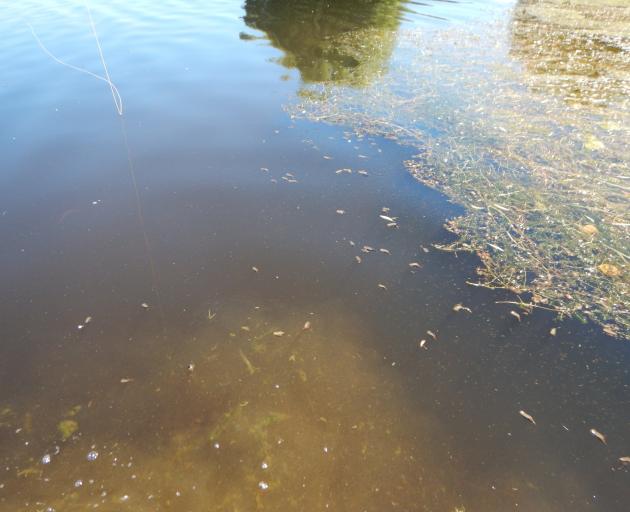 If the riverbed can be seen in 30cm of water it is clear enough to fish. PHOTO: MIKE WEDDELL
The recent fine weather has most rivers to levels more usual at this time of year.

The ones that are looking good are the Pomahaka, the Clutha (along its whole length), the Waipahi, which is very low, the Shag and the Waitahuna.

Some will not be as clear as normal, but so long as the riverbed can be seen in 30cm of water they are clear enough to fish blind. If fish are rising it does not matter too much about the colour of the water.

Still waters are well worth considering, especially those at higher altitude, as warm weather increases insect activity which, in turn, brings trout to the surface.

Some of the smaller waters — such as the Maniototo dams — are getting rather warm and the best times to fish them are early and late in the day. On hot days with little wind, the surface layer of water warms up to the point where the trout stay deep where it is cooler.

I fished Blakelys Dam the other day and although there was lots of surface food in the form of large snails, trout were not feeding on them. I am sure the size and sheer number of these snails play a large part in the condition and weight of the rainbows in the dam. There were also thousands of damsel flies flying over and alighting on the water, but trout were also ignoring them.

There are also lots of water boatmen in the dam, but they are in the shallows, which rainbows tend to avoid.

In retrospect, the sensible thing to have done would have been to plug away with a deeply sunk fly off the dam. Next time.

Depth of fly is often overlooked when fishing still waters.

I called in at Mathias Dam after leaving Blakelys. Again, there were lots of insects and small bullies in the shallows, but the water felt warm so I fished a section of deep water that was easily reached with a fly.

I used a damselfly nymph tied on a heavy hook and gave it at least a minute to sink before starting a slow retrieve. I had takes straight away, landing a couple.

One was on the damselfly nymph and the other on a water boatman. The latter was on the dropper and was taken because the heavy nymph on the point dragged it down deep.

I moved around to try different spots, all to no avail so I went back to where I started and had a couple more takes, which I failed to hook.