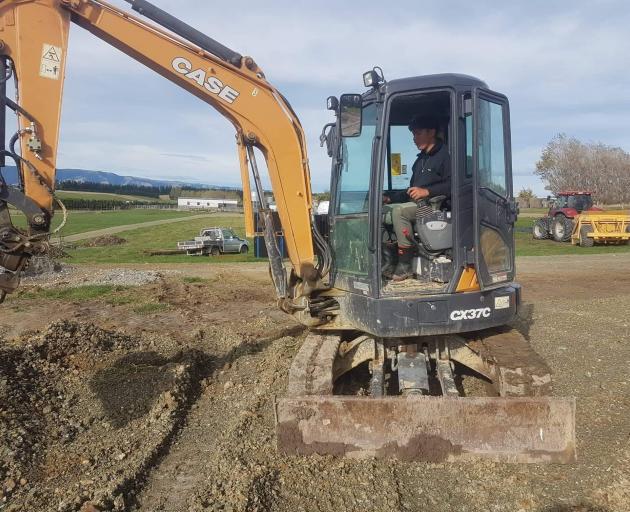 Papakura High School pupil Pounamu Henare-Arona (17) operates a digger in West Otago. PHOTOS: SUPPLIED
A group of South Auckland teenagers have been given a taste of rural life in West Otago.

The idea for the experience was born from a school trip for year 11 to 13 Blue Mountain College pupils last year.

Following the sports exchange, parents on the trip, who mostly worked in the rural sector, talked about how great it would be to get some of the Papakura pupils down South to have a rural experience and "show them what we do".

Initiative co-ordinator Steph Dew, a dairy farmer in Tapanui, said the initiative became "her baby" and it grew quickly. 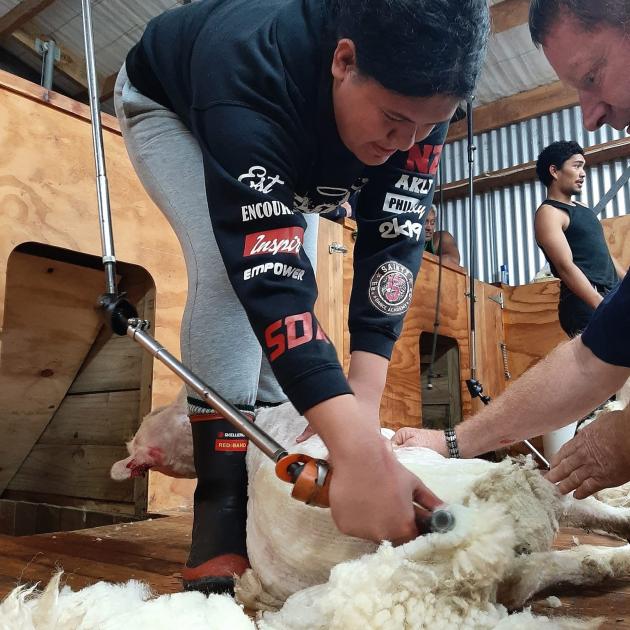 A reason for the initiative was because the rural sector in West Otago was "crying out for staff" and the experience would showcase the opportunities available to the pupils.

"The kids don’t know they can walk out of school and walk straight into a well-paid job with accommodation. They are young, fit and capable, but they don’t know the opportunities out there."

The eight year 12 and 13 pupils and a support teacher arrived for a six-day experience on April 19.

The pupils stayed in three caravans on the Tapanui dairy farm. 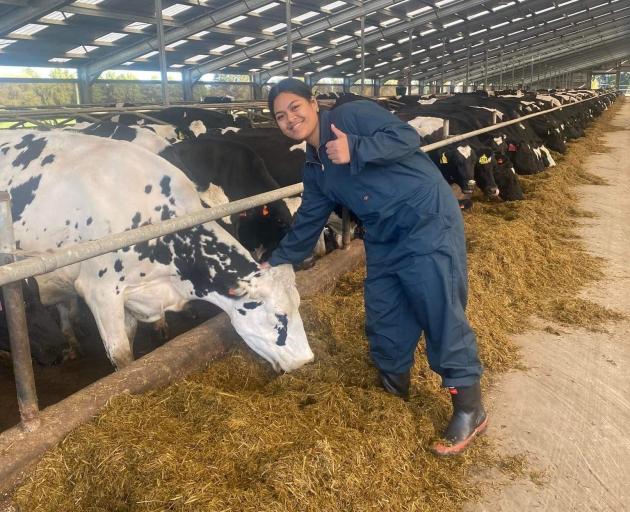 Papakura High School pupil Amazinggrace Liaina (17) pats a cow in a winter barn.
The initiative included the group visiting Harliwich Contracting, where Luke Harliwich talked to them about the contracting sector.

Then they visited Road Transport Logistics, where Bruce Robertson talked about the trucking industry.

Farrier Bill Butler gave a demonstration and allowed the pupils to hammer nails into a horseshoe.

Tony Roberts and his daughter Kate Roberts talked to the pupils about their farm Top Deck Deer.

The pupils gave sheep shearing a go on the farm of Paul and Debra McKenzie, under the guidance of Southern Heights Shearing staff. 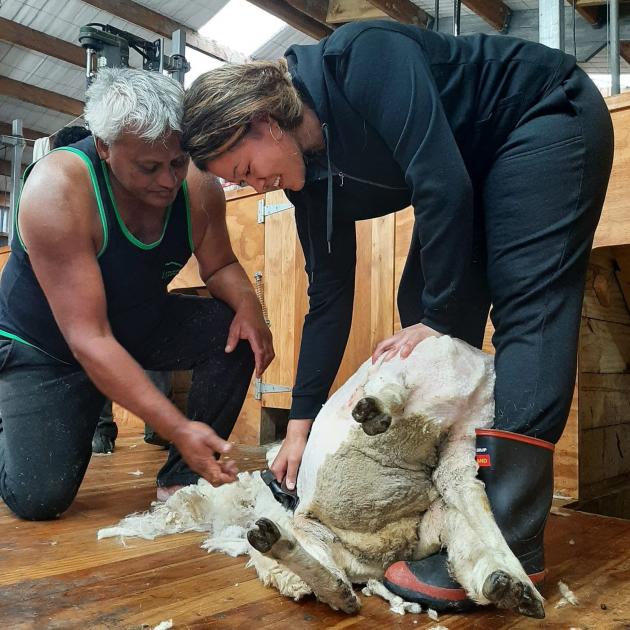 "I was really impressed — they were all driving tractors, milking cows and putting up fences. All the farmers raved about it because the kids were asking questions and they wanted to try things," Mrs Dew said.

There was also time for other rural activities including fishing, clay bird shooting, eeling, hiking in the Blue Mountains and a game of netball against members of the West Otago Young Farmers Club.

The members shared stories of their experiences in the rural sector.

This school term, the pupils would make a presentation on the experience at an assembly at school, which has a roll of more than 1000 pupils. 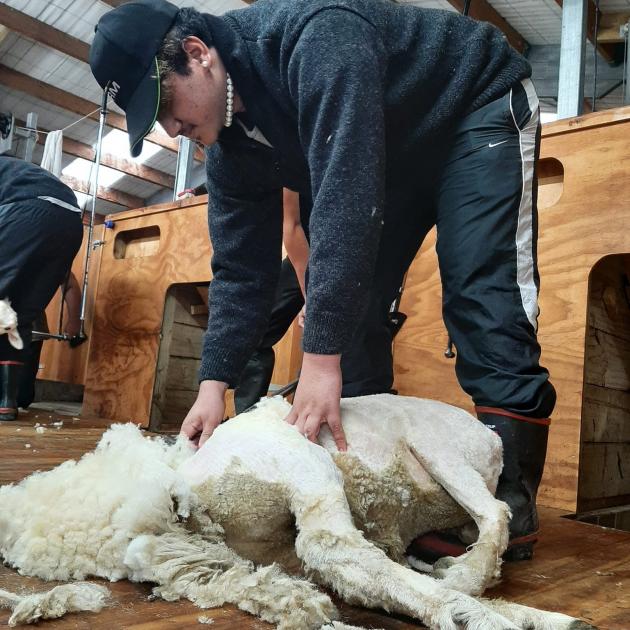 Papakura High School pupil Nigel Tusa (16) shears a sheep in West Otago, as part of the inaugural Rural Employment Initiative.
The initiative was being taken over by the ministry, which would follow-up with the pupils to offer suitable programmes to enter the rural sector.

Mrs Dew was writing a report on the initiative for the ministry to decide if they would seek a sponsor to continue the initiative.

Word-of-mouth about the initiative had spread to other pupils at the school in South Auckland.

"There’s a heap of interest."

She thanked the businesses and farmers across Otago for their support.