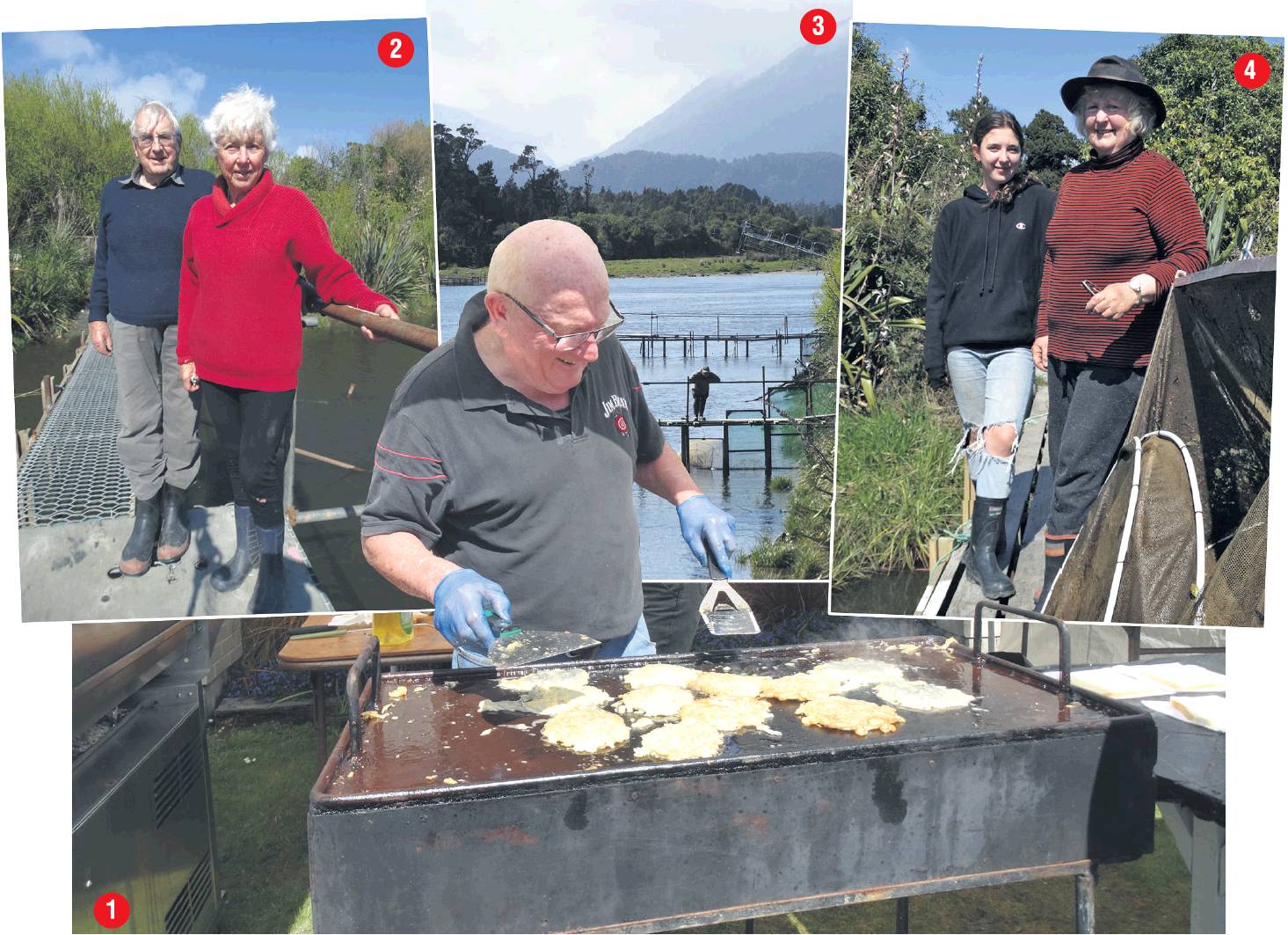 1: John Nailer cooks up whitebait caught in the Okuru River at the Haast White­bait Festival. 2: Jo and George Wallis on their Okuru River stand. 3: Whitebait standson the Okuru River. 4: Justine Mills, with grand­daughter Maddison Cooper, does not accept Okuru River whitebait are threatened. PHOTOS: MARK PRICE
It is an awkward question to take to a whitebait festival. Should those attending be consuming large quantities of a little native fish considered to be declining or threatened?

The current national debate over the future of the fishery did not appear to deter hundreds of people joining the queue for whitebait patties at the annual Haast Whitebait Festival and Market Day on Saturday.

Haast garage owner Eamonnd Johnston provided his take on the issue, as it applies to the rivers of South Westland.

Mr Johnston said of the five species of whitebait, four were considered to be threatened.

The species not considered to be threatened - the inanga (Galaxias maculatus) - was "common, popular and numerous''.

"Not even the people who think whitebait are endangered think the inanga is endangered, so the whitebait season is based around that.

The opening and closing of the season was based on that common inanga - "so it looks after itself really''.

"And they can control the length of the season, so it's not a bad thing.''

Justine Mills, who whitebaits on the Okuru River, has 30 years of catch records, which plenty of variation - mostly related to floods and droughts.

She said the claim that whitebait in South Westland were endangered was "a lot of rot'' with no research to back it up.

"They haven't done their research. They've done nothing really.''

Just along the river, Jo Wallis, of Wanaka, said she had been whitebaiting for 50 years and catches were "much, much'' better when she started.

She put reduced catches down to the increase in the number of whitebaiters and she believed catches should be "limited''.

"I don't know how you would police it. It is an endangered species and it certainly has to be done. We've got to look after what we've got.''

The Department of Conservation is at present gathering all the divergent points of view on the state of the fishery from around the country, with the aim of producing a management plan.