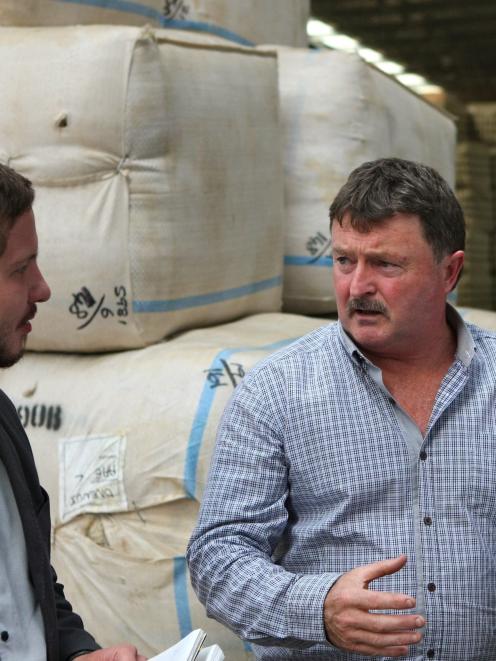 In 1976, there were 28 wool-scouring companies operating in New Zealand. Constantly upgraded, the South Island wool scour operates in Washdyke. PHOTO: GEORGE CLARK
A lack of interest in the wool sector is the biggest challenge facing the South Island’s sole remaining wool scour.

New Zealand Woolscouring chief executive Nigel Hales said the company’s Washdyke operation employed about 50 staff and was a significant contributor to the local economy, spending $10million through wages, utilities and contractors each year.

However, Mr Hales said one of the company’s most significant challenges was the lack of staff in Timaru, and, in particular, young professionals making a career in the wool industry.

"There are great opportunities for, let’s say, farmers’ sons that want to make an excellent career in the wool industry, but we could do with another half a dozen staff.

"In the last year we have put $3.5million into modernising, and advertised nationally for a five-year wool cadetship, which would take a career path into eventual management. Only two people showed interest.

"We are really positive and hopeful for a future in wool. 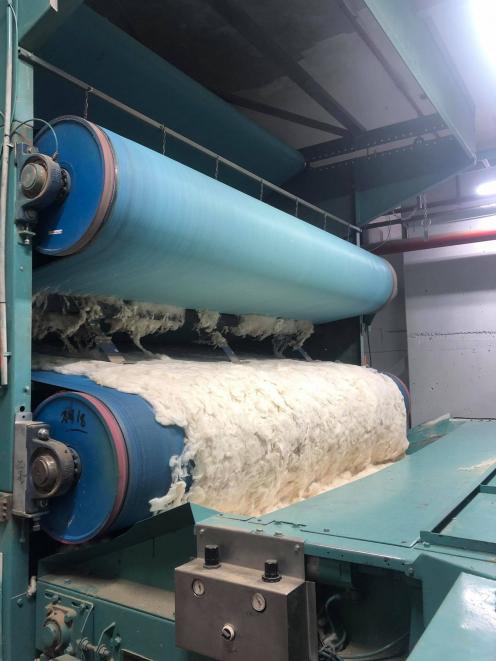 "The agrisector must just not look as sexy any more."

As a result of several mergers, the company is now the sole service provider for wool scouring in New Zealand, handling approximately 76% of all wool grown in New Zealand, Mr Hales said.

"In the South Island, all of that comes through Timaru."

In the early 1980s, New Zealand had a population of 70 million sheep, and there were 28 wool scours throughout the country.

With sheep numbers dropping to about 27.3million, the wool-scouring industry followed suit, and progressively downsized to just one scour in Napier and one in Timaru.

Mr Hales said the industry was wise enough 15 years ago to see the writing on the wall and took proactive measures to reduce the size of its activities.

"If we looked at the effect of that, we have been able to remain competitive against our international competitors.

"Wool exporters have a choice of being able to use different wools to make blends whereas if the wool all left New Zealand unprocessed it would be at a much lower value."

The business performed well on the international stage with modern equipment and practices, developing the lowest total use of energy throughout wool-scouring sites around the world.

"Gone are the days of wool-scouring companies that were heavy polluters. Our sites now extracted all of the value they can out out of the waste stream which is made into lanolin and then vitamin D3."

This had become a significant part of their business story as the world wanted products from clean and green New Zealand, derived from disease-free animals.

New Zealand Woolscouring is in expansion mode and under way with logistics work, energy projects and looking at what to do with waste streams.

"We have a challenge in the South Island where there are not too many alternatives to coal. There are not enough woodchips, gas is too expensive and electricity prices have recently jumped up 34%.

"While we would like to do more with electricity, it has priced itself off the market."

The factory was rebuilt in 2006 and remained one of the most modern plants in the world, as it had been upgraded continuously, he said.