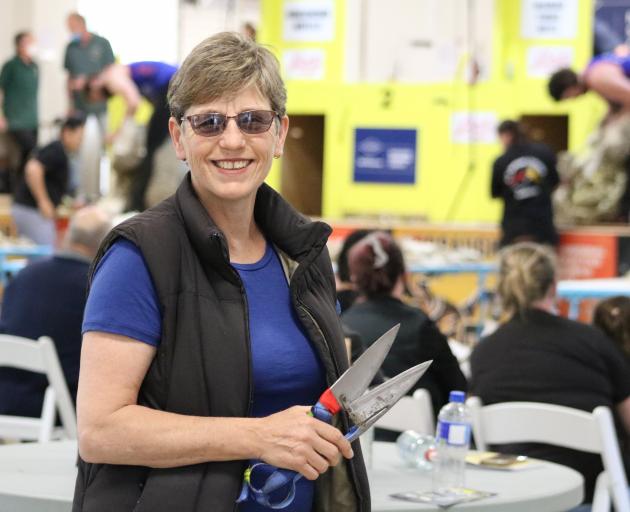 For former world women’s shearing record holder Jills Angus Burney — who starred in the 2018 documentary She Shears — the Waimate Shears has played a unique role in her decorated career.

Last year the Masterton woman returned to the South Canterbury event for the first time in 34 years and, by chance, the competition had an opening in the intermediate blade-shearing grade. As she had brought her blades south, she decided to give it a go and it paid dividends — she won a ribbon in her first blade shearing competition, aged 60.

Today, Angus Burney will mark another first at the Waimate show, competing in the world-first women’s blade-shearing event.

A barrister by day, Angus Burney, who has spent 46 years in the industry and the past six as a judge, said she was ‘‘really pleased’’ to be given the opportunity at the invitation event.

‘‘There’s a couple of women who are going to be shearing that are absolutely amazing blade shearers, so it’s the camaraderie of it all,’’ she said.

‘‘I think invitation events, when you’ve got an audience, are really good — it encourages the next generation.’’

To continuing developing as a judge, people needed to have ‘‘technical skill’’ and be able to understand the craft.

Providing a platform for women shearers and judges to continue to grow at events such as Waimate’s was valuable.

‘‘To me, you’re not taking anything from men to have a women’s event, and a mixed-grade event — 50% of the audience are women. and they love seeing skilled shearers.’’

Times had changed since she first started shearing.

‘‘There’s no reason why women can’t do the job as long as they’re committed to it.’’

Alongside the women’s blade, she would compete in the women’s machine shearing and intermediate blade events.

‘‘I was stunned by its professionalism. This is absolutely fantastic, an absolute credit to the Waimate, South Canterbury community.’’

There will be a full day of shearing today, the women’s blade event starting at 3pm.