From Aussie jackeroo to Dunedin consultant 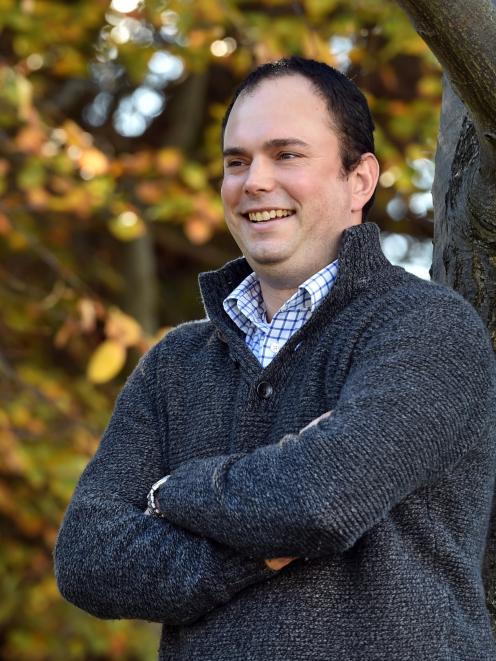 Australian born consultant Sam Harburg has moved to Dunedin to work at AbacusBio. Photo: Peter McIntosh
Sam Harburg may have grown up in the city but his affinity for agriculture developed at a young age.

Mr Harburg recently joined agribusiness consulting company AbacusBio as a consultant, moving from Australia to Dunedin with his wife Liz and their two young children.

Brought up in Brisbane in a non-farming family, he spent his school holidays on the farms of family friends.

As far back as he could remember, he was going to study agriculture at university but, at that stage, he never realised the scope that existed within the sector for careers, he said.

After leaving school, he spent a gap year working as a jackeroo on a sheep and cattle property in Western Queensland and the practical knowledge gained there stood him in good stead for his future roles.

He then completed an agricultural science degree, majoring in animal science, from the University of Queensland before working for about 18 months in a small consultancy firm in Western Queensland where the work was mostly around natural resources.

That was followed by a stint as an economist with the Department of Agriculture and Food, Western Australia, based in Geraldton, which was a diverse and interesting role.

Dating back to his jackeroo days, it was Mr Harburg's goal to work for one of Australia's big pastoral companies and, after three years, he joined the North Australian Pastoral Company (NAPCO), one of the country's largest beef producers.

He joined as a project officer in 2011 and, after three years, was promoted to general manager for breeding and genetics.

In mid-2016, the company was bought by a private equity group and, in April last year, he left the company after a management restructuring.

He had enjoyed his exposure to breeding and genetics but there were not a lot of opportunities amid the corporate environment in that space in Australia.

Mr Harburg had some exposure to AbacusBio over the years, and had a desire to stay in the private sector.

Working overseas also had appeal and the fact AbacusBio was increasingly international in its focus was also exciting.

Moving to Dunedin was not a massive change, given that Western Australia was a greater distance away from home in Brisbane.

There was also the possibility down the track to work in the company's Edinburgh office which was opened in 2017.

Mr Harburg arrived in Dunedin last month and got straight to work, working on a project around adaptation of the New Zealand dairy industry to climate change. He was also looking at opportunities to help generate more business for AbacusBio in Australia.

The diversity of AbacusBio's work was a good change from what he had previously been doing - which included a high level of repetition - and it provided him an opportunity to broaden his agricultural knowledge and skillset, he said.

New Zealand farmers faced some different challenges to their Australian counterparts. One thing that had struck him was the greater pressure here concerning environmental matters.

There was strong recognition in Australia that animal welfare was going to become "a bigger and bigger issue" particularly as the country had a larger footprint of intensive production systems.

Outside of work, Mr Harburg was looking forward to trying out some Otago golf courses.