Celebrating connections with past 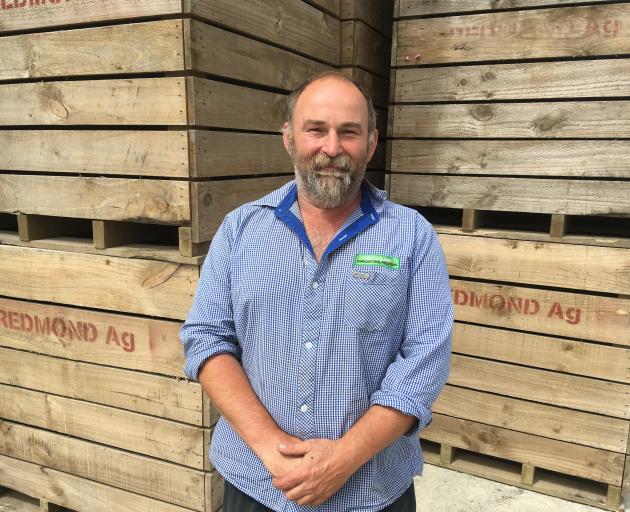 "It nearly didn’t happen because of Covid-19 and my great-grandfather had the Spanish Flu to deal with," Mr Westaway said.

"It was a bit of an unknown there for a while with Covid and they said, ‘don’t worry, you’ll be president next year instead’, but that’s not really the same."

Other family connections included Mr Westaway’s maternal grandfather, Tui Macartney, who was show president in the 1950s and show secretary for several years, as well as his mother’s sister and a cousin who were show presidents.

In line with the show theme, Mr Westaway has been lining up a few exhibits that would have been "at great-granddad’s show", such as vintage tractors, vintage cars and traction engines.

There will also be old photos from the 1920s, including a couple of photos of Frank Westaway posing with cattle at that show back in 1920.

Frank Westaway farmed sheep and crops on Courtenay Rd, to the north of the Kirwee village, and the farm was continued by Mr Westaway’s father and grandfather before being sold in the 1970s.

"It’s slightly changed because we had to put irrigation in, but I get to work on the farm where I was born."

When the farm was sold in the 1970s, Mr Westaway’s parents moved to Queenstown, where they worked at Walter Peak Station, running sheep shows there to entertain tourists.

Mr Westaway returned to Canterbury in 1990 to finish high school, rather than studying by correspondence, and lived with his maternal grandmother at Kirwee.

After finishing school, he worked for a farmer at Darfield until he did his overseas experience in Japan working at a sheep show.

It was after returning home in 2001 that Mr Westaway found employment with Redmond Agriculture.

Throughout the 1990s, he was an active member of the Darfield Young Farmers Club, before joining the South Island Agricultural Field Days organising committee in 2001 and rising to be field days chairman in 2013.

When the field days needed to find a new home, the committee decided to buy Mr Westaway’s maternal grandparents’ farm to the south of the Kirwee village.

As the ex-chairman in 2015, Mr Westaway had the job of laying out the field days at that new site.

"It was actually quite a big job, as we had no idea what was going to fit where."

Over the years, Mr Westaway has served on the gate at the Kirwee Show, so he has enjoyed the opportunity to have a good look around the show over the past couple of years as he moved up the ranks to show president.

Mr Westaway and his wife, Rebecca, live in West Melton and have a son, Ferguson (4).