For 15-year-old wood-chopper Jack Richards, it is all about not trying to “run before you can crawl’’.

The Eastern Bush resident was one of the youngest contestants to have a crack at this year’s Tuatapere Sports Day wood-chopping competition, an event he has taken part in for the past four years.

Axemen from across the country made their way to the Southland town yesterday for the annual event on the first day of 2021 to go head to head in the challenge.

When Jack was watching his parents take part in the sport when he was just 11 years old he thought, “why not give it a go?”. 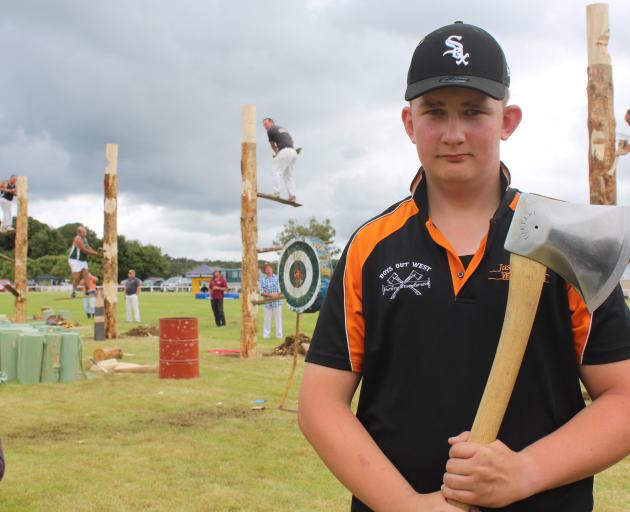 Continuous training and getting in with a good coach were two of the main things to which he owed his success in the sport, he said.

Practising at home about twice a week, he would hit five blocks of wood a night to get his technique just right.

“Everyone has different styles.

“I tend to reach up, hit the sky and come down as hard as I can and hit with a wee bit of a slope but not too much so I don’t scoop and whack my foot.’’

While it was very much a physical sport, the mental strength it took was one of the most important things to master.

“The nerves really get to you at the start, so you’ve got to be in a good mind state.

“A lot of people think it’s about strength and muscles, but it’s really about the top two inches of your head.’’

Staying humble and being ready to learn were key.

“Never be a champion when you start. You always start big but you’re never going to get anywhere if you’re too cocky.’’

Earlier this year, he competed in the New Zealand under-21 wood-chopping championships in Tokoroa and won the underhand elimination chop and a $1000 axe.

As for the future, there was no doubt in his mind — pursuing wood-chopping was never going to be taken off the table.