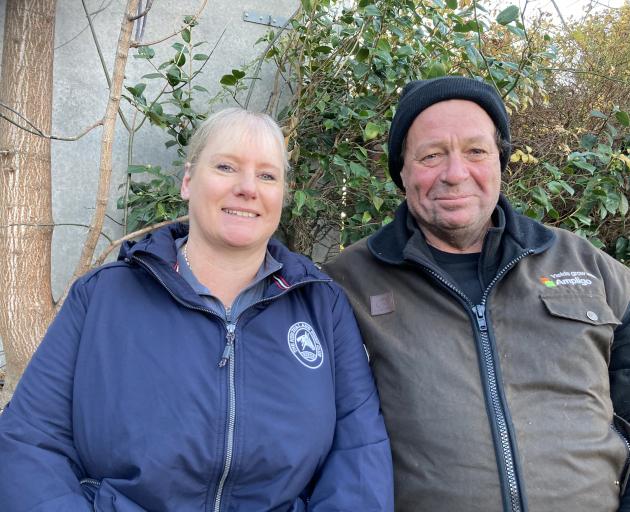 ‘‘I started out in a racing saddle with a broken tree. I was in my brother’s old shoes — you had to have a heel to ride — and I was in an open-faced motorbike helmet.’’

She was laughed at. Her grandfather, on whose farmlet she kept her horse on Abbots Hill, took exception to the attitude at the Fernhill club.

“My grandfather came down the bank, and said, ‘How dare you laugh at my granddaughter’.”

However, it taught her a life-long lesson.

“Never laugh at the new beginner who turns up without the fancy gear. I was that kid.”

Her mother bought her jodhpurs and a proper helmet and her grandmother got her a saddle. She forgave but she never really forgot.

"I didn’t really care about being laughed at, ’cause I was at pony club."

She credited winning the top coaching award to her star pupil, Ashleigh Cameron, now 16. Miss Cameron, of the Maniototo Pony Club, was just like her, turning up on a rumpty horse, a standardbred no less, at which many people turn up their noses.

“I used to be Ashleigh, the one no-one wanted to know, on a standardbred hack, shoved out back. So, I learnt to do it at home. I don’t want any kid to be in the position of being shoved out back.

“Ashleigh was struggling. She wasn’t achieving. That was me. I don’t want any kid to ever feel that way. If a standardbred is what they can afford, you’ve got to teach what turns up.

“Ashleigh wasn’t learning anything and she was going to give up.”

With no children herself, Mrs Fridd became her horsey mum, taking her to events. She flourished. Miss Cameron won the champion ridden standardbred and went on to win the supreme overall at the Palmerston mini show in March.

“She has gone from the bottom to the top.” 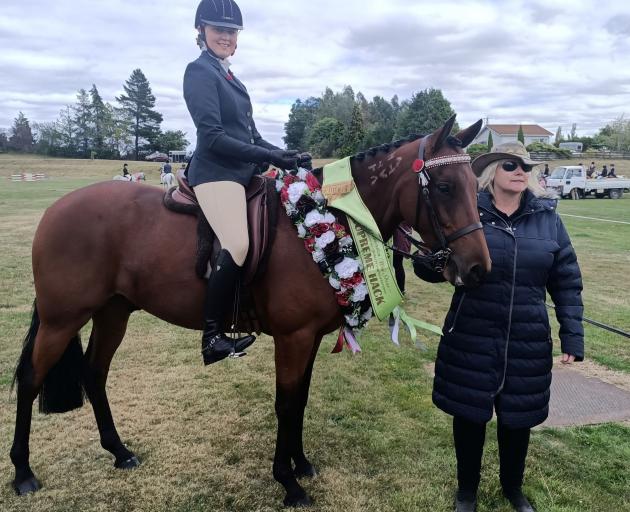 New Zealand Pony Club Coach of the Year Lisa Fridd with Ashleigh Cameron (16) of Maniototo Pony Club on her standardbred, Lochie. Miss Cameron won the champion ridden standardbred and went on to win the supreme overall at the Palmerston mini show in March. PHOTO: SUPPLIED
Standardbreds might be a harness racing breed, but the right horse with the right training made a good saddle horse to learn on, she said.

“There’s a stigma to them that’s still there from when I was a kid. I wouldn’t advise kids to stay on a standardbred if they want to get to the very top, but if they can learn to ride a horse in those gaits, they’ll find riding other horses so much easier.”

Mrs Fridd (51) lives a rural life in the Ida Valley with her husband, Michael, who is a farm manager for Claire Mulholland.

He played a cameo role in a Vodafone TV advertisement six years ago, about the postie who goes on a quest to find the owner of a rescued piglet, Piggy Sue, delivering the line, ‘Yeah, it’s not mine’ in his distinctive gravelly voice.

If filming had not have clashed with lambing, he might have been cast as a dwarf in The Hobbit movie. He had the big woolly beard and build.

“I couldn’t do it, because it [the filming] was supposed to be November-December. I went along to the audition but then they said they wanted it in September, and I couldn’t commit. It was a real shame. I’d have loved to have been in The Hobbit.”

The pair met on a Goldfields Cavalcade in about 2004 and a romance developed.

Unlike Mr Fridd, who grew up rurally in Waimate and worked in North Canterbury and Middlemarch, her background was urban.

Despite the challenges of being a city kid, she graduated through Fernhill Pony Club at Abbotsford, obtaining B certificate, the level just below A (advanced).

Like her father and brother, she went to work at the flour mill in Green Island, then a pasteurising plant in Waikouaiti.

When she and Mr Fridd got together, she moved to Middlemarch to work with his parents who owned the small supermarket and takeaway on the main street. Since moving to the Ida Valley 14 and a-half years ago, she has worked at Gilchrist’s Oturehua Store.

She would describe herself as shy.

“I think working in the store has brought me out of my shell.”

By her early 20s, she had decided to “put something back” into pony club and began coaching at the Fernhill branch in Dunedin.

She attributed much of her knowledge to coach and instructor Ann Sharp, of Otago-Southland.

“Ann Sharp has been my biggest mentor as a coach and someone I’ve looked up to and still look up to, today.”

She continued to upskill on coaching and became a pony club examiner, recently qualifying as a C+ and B certificate examiner.

In recent years she had become involved with the Maniototo branch, which was struggling with young members.

“I could see where it could improve.”

Her early experience at pony club had taught her about managing parents’ expectations.

“Parents can buy the fancy horse and the flash horse float and they expect results. They expect their kid to win without taking the steps. It’s as much about educating the parents as it is the kids.”

She was shocked to win the coaching award.

“I never thought it would be me. Everyone at the table laughed at my shocked face. But it does make everything worthwhile, all those hours and the time away from home.”

She would not be able to do it without the support of her husband, she said. A horseman and handy float builder, he was always there and had always encouraged her to follow her interest.

“We don’t have kids, and I like to see kids learn and grow, to achieve things, and to have a good laugh and a giggle.”