Howie Gardner, of Puerua Valley, retired from directorship duties early this year to focus on his sheep and beef farm. Photo: Yvonne O'Hara
Howie Gardner has recently retired from all of his directorships, bar one, and has taken on a new and ''addictive'' pastime - using his new digger on his farm.

He and his wife Marion farm Awakiki Ridges, a 1000ha-effective sheep and beef property in Puerua Valley, near Balclutha.

In addition to the 9000 stock units on the third generation property, there is 200ha of production and 200ha of native forest.

They also have the Awakiki Perendale Stud, which has about 500 recorded animals.

Mr Gardner recently retired in April from the Primary Wool Co-operative board, which owns 50% of Carrfields Primary Wool (CP Wool).

''I was also chairman of CP Wool until August last year, when I stood down in anticipation of my retirement,'' he said.

Howie Gardner, of Puerua Valley, bought a digger to work on his farm, and found it "addictive''.
However, although he has retired from most of the boards to focus on farmwork, golf, and his new digger, he remains on the board of his son's advanced driving simulation start-up company in Dunedin.

''That is a lot of fun as I had never been involved in a start-up before.

''I have been involved in governance roles within the industry for 25 years.

''Corporate governance work is extremely dynamic and as addictive as dog trialling and golf.

''It is a fascinating sphere and extremely satisfying, challenging and frustrating.''

At 64, he decided to wanted to spend more time on the farm and focus on making the farm more climate resilient.

The family used to own a 200ha property in Romahapa but sold that in 2017.

''I am still feeling my way with stock and we are consolidating on this block, and working out the appropriate stock numbers for the property,'' he said.

''We also made some changes to operations in response to the way the climate is changing.''

Mr Gardner said he was seeing more and more significant fluctuations in the climate, with longer, more frequent and drier dry periods

TheNiwa drought index was triggered once in 1980, twice in 1990 and six times in the past six years.

''It has gone from being very infrequent to an annual event during the past six years.

''If that is not some indication of the climate changing, I don't know what is.''

In response and in preparation for further dry periods, he shifted the focus of their property to 80% store stock, with much larger reserves of silage and baleage for droughts.

They have grown some lucerne.

Mr Gardner used to compete in dog trialling but has not done so for 20 years.

He decided to leave the sport at that point as dog trialling took up so much of
his time.

''It eats time and dominates your life. I wanted to do something different. I was relatively young at that point.

That morphed into my involvement with the wool industry that pretty much dominated my life.''

He became involved with the CRT board in 1994 and its subsequent merger with Farmlands.

''I have been given a job by the chairman of CRT to come up with a solution for the ailing wool division that CRT had at the time.''

That led to the merger of CRT with the Hawke's Bay-based East Coast Wools, and that became the Primary Wool Co-operative.

He stayed on the board for 20 years.

''It was a good move as it created a national co-operative.''

He said he enjoyed being more involved in the day-to-day farming.

''I am enjoying the freedom, and the time for golf.

However, he is not entirely ruling out returning to dog trialling.

''If I came across a really good pup I might find it too compelling not to start again,'' he said. 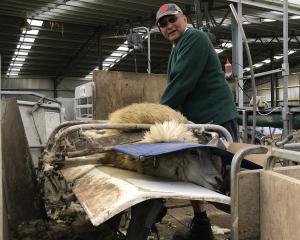 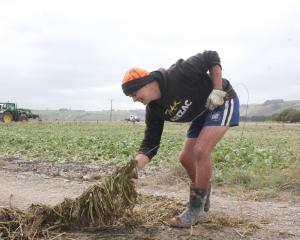 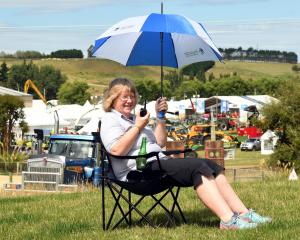 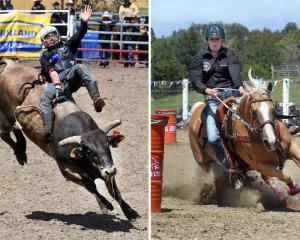 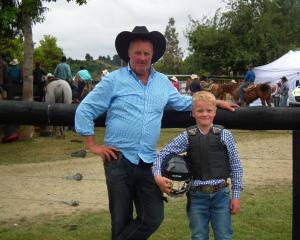