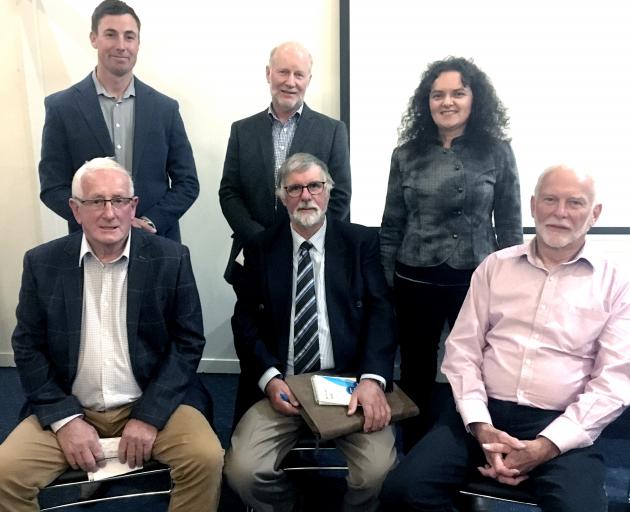 ''If re-elected I want to be chairman,'' he said at a South Canterbury candidates meeting in Timaru recently, arguing a good working relationship with Christchurch was vital.

''We need sensible things for Canterbury and South Canterbury.''

Climate change and concerns over rates were the hot topics of discussion at a meeting at Comfort Hotel Benvenue organised by South Canterbury Federated Farmers and attended by about 60 people.

Before the meeting was opened to questions each candidate gave short statements.

Jared Ross said he wanted to ensure a clear balance was achieved with environmental responsibility while ensuring economic resilience.

''I bring youth, business acumen. My wife and I own a multimillion-dollar business.

Herstall Ulrich said he wanted ECan to be practical, but more empathetic to farmers rather than just controlling, and he believed the current system of rates being struck on land values was wrong.

Peter McIlraith said he was seeking to reset the ECan culture from ''one of rules'' to servicing. He said ECan lacked financial accountability at present. He wanted more accountability and more decisions being made at a local level.

Peter Scott said ECan was in a sound financial position. Issues he saw centred mostly around water, the freshwater reforms being very challenging. He said the South Canterbury constituency population was only a small part of the overall population of the ECan area but the land area was significant. Maintaining a good voice for the region at the ECan table was important, he said.

Elizabeth Mckenzie said she was standing because of what she considered a lack of leadership over climate change. In the next 15 years climate change would change the world and worldwide shortages in food were being predicted, she said. New Zealand was at risk by relying too heavily on meat and dairy and water storage would be an issue.

''We will need to reduce large-scale dairy farming.''

''I won't play the blame game. Let's get on with it. We shouldn't rush out with trees - we must have an integrated catchment-scale approach and aggressively control wallabies.''