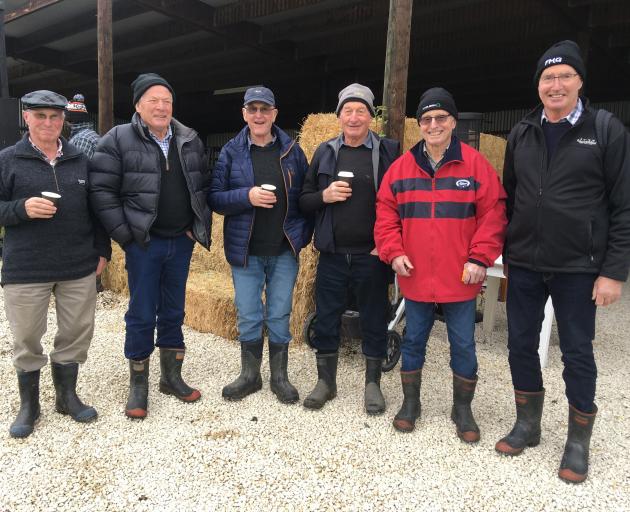 The 10-strong group, known as "The Gold Card Club" visited seven bull sales over five days in central and North Canterbury last week where they put their well-honed bull-buying skills to the test.

While he couldn’t divulge too many details, organiser Murray Sheppard said the group visited a different region each year to attend bull sales and relive their "glory days".

During the week the farmers have a sweepstake where they select up to five bulls at each sale to see who can guess which bulls will receive the highest prices.

"We’ve been doing it for eight years. It’s all very serious. Cocky (Clive Cochrane) has won it twice, I’ve won it once and it’s been shared around," Mr Sheppard says.

The group visited the Mt Possession Angus sale in Mid-Canterbury on Monday, June 13, the Sudeley Angus sale, near Leeston, on the Tuesday and the Silverstream Charolais and Hereford sale on the Wednesday.

On Thursday the group drove up to Culverden for the Kaiwara Angus and Hemingford Charolais sales on Thursday and then the Grampians (Culverden) and Red Oak Angus (Waipara) sales of Friday.

Mr Bain extended his lead by selecting lots 2 and 3 at the Kaiwara Angus sale, which both sold for the sale’s top price of $13,000.