Everyone should visit the Mavora Lakes area, east of Fiordland, before they die, the sheep and cattle farmer said.

"If you haven’t been to the head of Mavora Lakes then you haven’t lived," the Wairio Hack Club president said.

The not-for-profit club held a games day on Monkey Island Beach in Western Southland recently to launch a fundraising campaign to buy material including "posts, warratahs and No8 fencing wire" to restore horse paddocks at three backcountry musterer’s huts in the Mavora area.

The huts were on Department of Conservation (Doc) land and the process to gain permission for the restoration project had taken a year, he said. 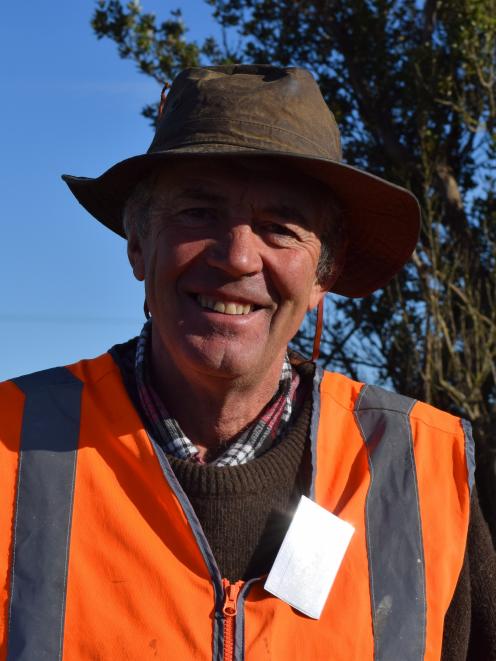 George Brougton
Mr Broughton, who farms at Scotts Gap, near Otautau, formed the club in 1992 as a way for horse riders to practice for different competition formats at the Glenorchy Races, such as barrel racing.

For the fundraising launch, 40 riders each paid $40 to compete in the games and get a packed lunch from Orepuki Tavern.

The range of "stupid games"included musical mares — a take on musical chairs, where horse riders compete for a decreasing number of swedes placed in a large circle, when the music stops.

Another game was a "mailbag delivery" race, where teams of three horse riders relay between the cliff and the waves, on the way, picking up a bag of swedes.

In a jousting game, horse riders use a wooden pole to hit a wooden shield held by an object resembling a knight.

The Saint George’s Cross and the words "Covid-19" were displayed on the shield.

"We like to do stupid stuff — you’ve got to laugh."

The games helped riders build a better relationship with their horses, he said.

He estimated between $2500 and $4000 of material would be needed to restore each horse paddock.

Some of the material would need to be transported on boats and pack horses to the mix of four-bunk and six-bunk huts.

He hoped club members would be able to begin the restoration work later this year.

Now the club would ask southern businesses to support the cause. 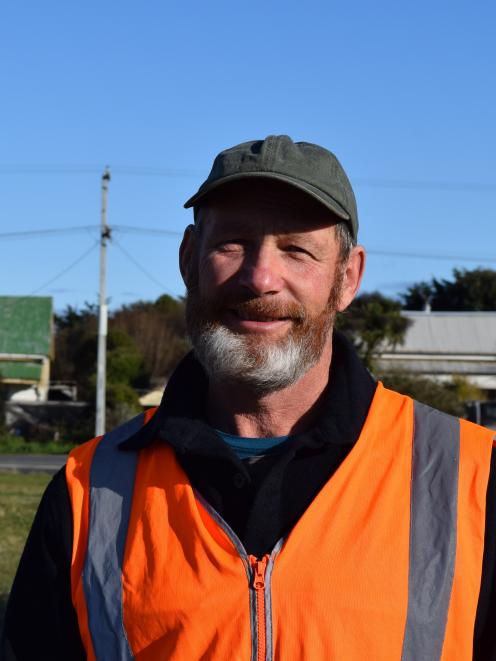 He expected the work to start at Careys Hut because it was the easiest one to access.

Every paddock would have troughs, which could be filled from nearby waterways.

"The paddocks will be somewhere you can stick your horse overnight and they’ll be there in the morning."

He was supporting the cause because the historic huts could still be accessed by horse and it was important they continued to be available to the public. "If you don’t use it, you lose it." 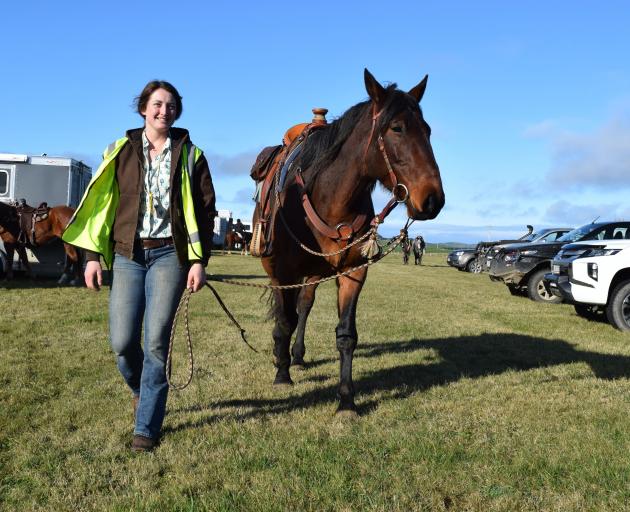 Competitors spun their horse around on the keyhole and raced back to the starting point.

The rider who completed the task in the quickest time won.

The most fun race was the "walk, trot, gallop" event, where a rider had to complete sections of the race at different paces, without "breaking" between marker points.

She took part in the event to support a good cause and enjoy a stress-free day.

"Some horsey events can have so much pressure and we just wanted a day where we could have fun."

"Particularly in situations where we don’t have the capacity or resources to carry it out."

The work of the Wairio Hack Club would benefit everyone who used the horse paddocks.

"Doc acknowledges the club has specialty knowledge of this task, and appreciates their efforts."