Good to be ‘out there listening’ 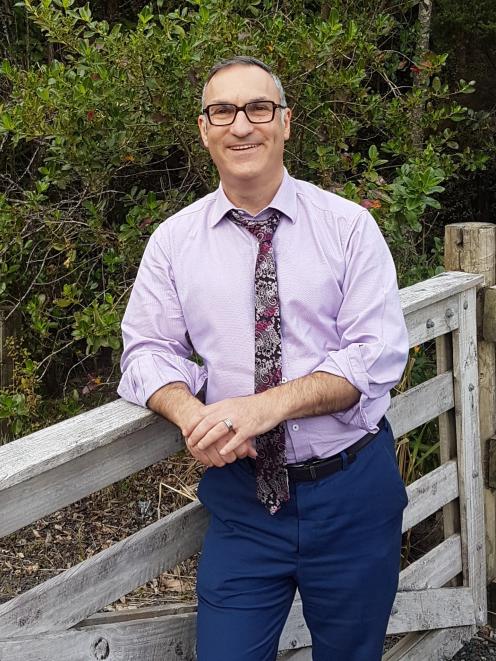 Growing up, he was an "urban kid" with no connection to the primary industries, Mr Copeland (50) said. In fact, he had a music degree.

But he had huge respect and admiration for New Zealand’s farming sector and bemoaned how little the country’s food producers were  celebrated,

the lack of acknowledgement being "appalling".

One thing he said he did love was learning and — six weeks into the new role at the helm of the rural lobby group — he had been enjoying attending cluster meetings around the country.

It was good to be "out there listening" and absorbing what farmers were saying. He also did not want to be an "anonymous" chief executive, he said.

Mr Copeland, who replaced Graham Smith, came to the role from New Zealand Young Farmers, where he was chief executive from 2013.

Prior to that, he spent 25 years  in the wine industry, including managing the supply and export side of  a large multinational’s business in New Zealand. He was also an international wine judge.

He reached a point where he wanted to "get to the top of the tree" rather than remain in senior management and that coincided with the role at Young Farmers becoming available.

The more he looked into it, the more excited he got about the vibrancy of agriculture and its importance to the country.

Young Farmers was all about attracting the next generation and that was something he found  compelling.

During his time at Young Farmers, he spearheaded projects aimed at increasing the number of people entering the primary industries.

"I’m really proud of our results across education engagement, membership, the FMG Young Farmer of the Year and the development of the Donald Pearson Farm in Auckland."

Mr Copeland finished at Young Farmers in mid-July, after the 50th FMG Young Farmer of the Year Grand Final in Invercargill earlier that month.

When it came to his latest job move, Federated Farmers seemed like a "natural step" to take. He also liked to be stimulated and  was getting on top of things at Young Farmers, so the time seemed right, he said.

Federated Farmers — which had a slightly declining market — needed to look at how it became relevant to the corporate part of the industry.

If it was going to grow membership, it had to be a united voice of farming and it had to be very clear what its value proposition was and its reason for being. Trying to align such concerns was one of his early jobs.

To the role, he brought an inclusive approach, big-picture thinking and the "people touch". Investing in staff was a focus.

When it came to the "green movement", Mr Copeland said most farmers would agree that  environmental concerns were valid and some things needed to change.

But the likes of jobs and the economy needed to be considered; farming systems could not be changed instantly and farmers could not do everything for nothing.

That green movement had a solid message, but the rural sector had to think about social and commercial  aspects  — "all the business of farming" — as well as environmental ones.

It was very easy to say  tourism was New Zealand’s No1 earner but the country would not survive on tourism alone.

There was a growing number of vegans — and they were entitled to  their view — but they could not preach it on behalf of everybody, he said.

If they wanted to get rid of farming, then they were not thinking about the "bigger picture", he said.

He was big on relationships and bringing people together. He wanted to make sure the organisation was well-connected and respected.

He also wanted to see an engaged membership rather than just a few being really active. And he was delighted to see some younger provincial presidents.

That was one of his passions: he wanted to make young people feel the organisation was for them — by "trying to freshen things up" — and show there was a pathway when they finished with Young Farmers at the age of 31.

It might seem that Federated Farmers would be the natural step but that was not always the case, he said.