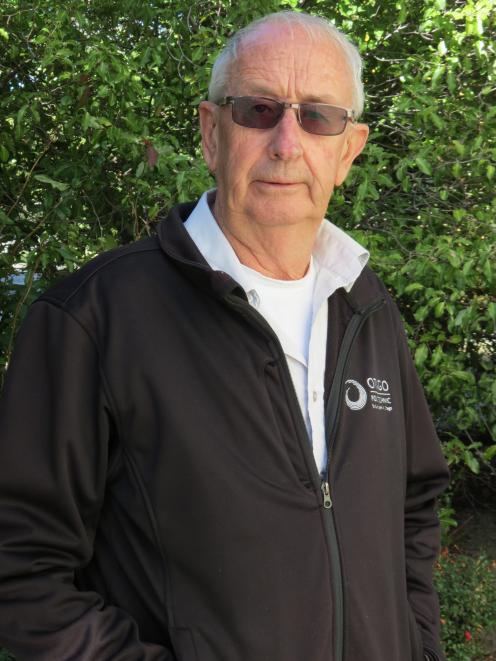 Otago Polytechnic senior lecturer Wayne King, of Alexandra, has spent about 60 years in the regional and national horticultural industry. Photo: Yvonne O'Hara
At 73, Wayne King is slowing down, but only slightly.

For nearly 60 years, Mr King, of Alexandra, has been involved in nearly all aspects of Central Otago’s and New Zealand’s horticulture sector.

He has owned an orchard, run a consultancy business, recertified spraying contractors throughout the South Island, won a national award and represented New Zealand at a conference in the UK.

He is a lecturer in horticulture at Otago Polytechnic’s Central Campus, a role he has held for about 20 years, and he still works about three days a week as a senior lecturer, teaching chemical handling programmes.

Late last year, he chose not to renew his certification as a recertifier of orchardists and contractors.

‘‘My [polytechnic] job is the best of both worlds as I get plenty of time off to do other work in the industry I grew up in.

‘‘I work three days a week in theory but I jockey it around.’’

He, his brothers Bryan and Les, and his parents moved to the Craigneuk Orchard near Roxburgh in 1950.

The first thing his father did was replace the horse that pulled the spraying equipment with a Ferguson tractor.

He bought his brothers out of the orchard in 1982 and he and wife Lynette operated it until 1995.

‘‘We got pushed off after a heavy cloudburst in the hills, which flooded part of the orchard.

He then started Central Horticultural Services while Mrs King worked at the Van der Voort’s packhouse as an fruit maturity analyst.

He was also a consultant for Wards Horticulture and Pyne Gould Guinness until 2003, while also working at the polytechnic from 1996.

He became a senior lecturer there in 2008.

He was thrilled when he was invited to speak at the UK Apple and Pear Development Council seminar in 1989, and he was chosen because of his extensive experience in the industry.

‘‘Craigneuk was supposed to have had the best Cox’s Orange block in the world at that stage.’’

He also won the inaugural Bayer Top Export Pip Fruit Grower of the Year award in 1988, which included six weeks of overseas travel.

He has been a judge in the Ballance Farm Environment Awards and was on the committee which wrote the original pipfruit Integrated Fruit Production (IFP) manuals, as well being an IFP facilitator for five years.

Mr King chose not to renew his certification in December because he had become frustrated with the increasing level of bureaucracy and the paperwork the Government required from growers and contractors.

More and more consultants and contractors were leaving the industry for that reason, he said.

‘‘A lot of the paperwork being introduced was written by people who had never been in the industry and not done the hard yards, some of which was quite impractical.

‘‘It is not unusual to find somebody spending a few thousand dollars a year on compliance and regulations,’’ he said.

When not working he ‘‘potters’’ in his garden and enjoys fishing.