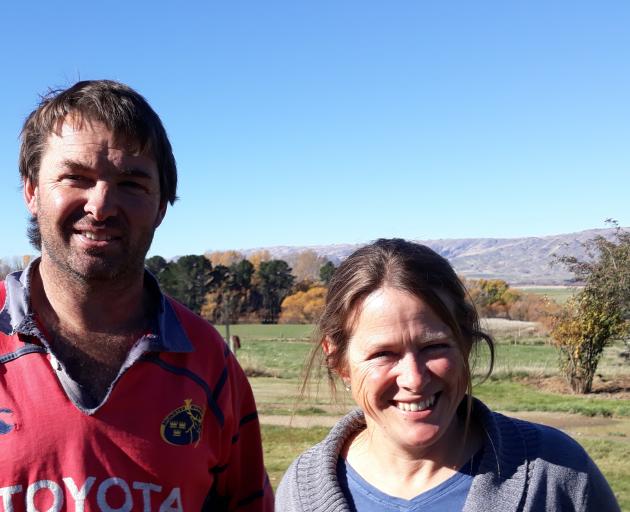 "The crush has been a game-changer for us,'' Mr Falconer said.

Mr and Mrs Falconer, of Clachanburn Station, Puketoi, won the award for their use of "farming technologies to improve productivity and manage resources''.

They also won the Duncan New Zealand Award for "vision and innovation while mastering a demanding environment''.

The crush took about a year to develop, and was manufactured by Omakau engineering firm Cen Eng Ltd.

It moves backwards and forwards and up and down, automatically adjusting the pressure on the animal's body and neck.

He also uses it for horned Highland cattle, which Mrs Falconer runs as a hobby.

The Falconers are wintering between 5700 and 5800 deer on their 2700ha Clachanburn and Loganburn properties.

The couple sell genetics from their elk and red studs, and run red hinds mated to wapiti bulls for venison production, as well as a velvet herd and elk bulls for sale. 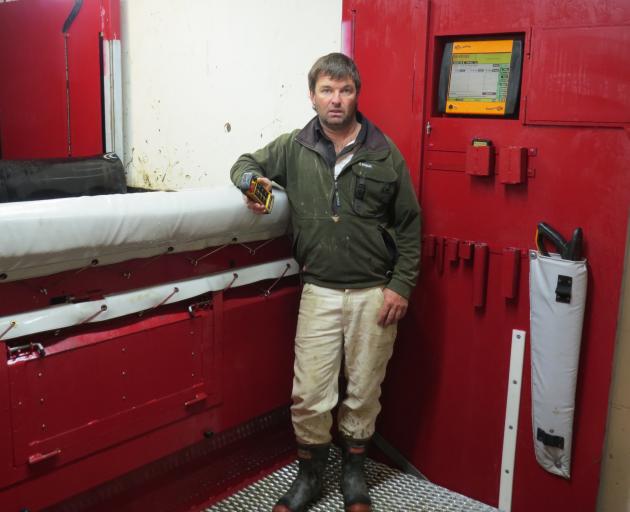 John Falconer, of Clachanburn Station, spent about a year developing a hydraulic, remote-controlled deer crush and he hopes, eventually, to market it. PHOTO: JOHN FALCONER
Their 8-year-old red stags and elk bulls are grown out for the trophy industry.

"They could end up going to the freezing works, but they go up in the hills and it is not a bad way to go,'' Mr Falconer said.

The fawning percentage is about 90% of hinds mated to fawns weaned.

Their hybrid weaners go from Clachanburn to Loganburn for finishing.

The average animal was weighed at 67kg during the first week in March and by mid-May is close to 80kg.

Mr Falconer said he also used data collection technology by Gallagher New Zealand for growth, trait and performance recording, for both their studs and commercial herds.

"The commercial stuff is mainly growth rate recordings, but for the stud animals we do a bit more, including measuring CARLA (the ability of an animal's response to a parasite challenge), eye muscle scanning and foetal ageing, which tells us approximate birth dates.

"As we eye muscle scan, we get a fairly good indication of meat traits through different genetic lines.''

They also use Gallagher's TSI 2 scales, data recording and software, and he uses the Dashboard app from his cellphone to access the data he is interested in.

The Falconers won their environmental award for their sustainable monitoring and management of land, biodiversity, water quality and quantity.

He said they were slowly moving from K-line irrigation to static irrigation, which are poles in the ground, each with its own computer to determine variable water usage.