'Learn so much about yourself' at dairy awards 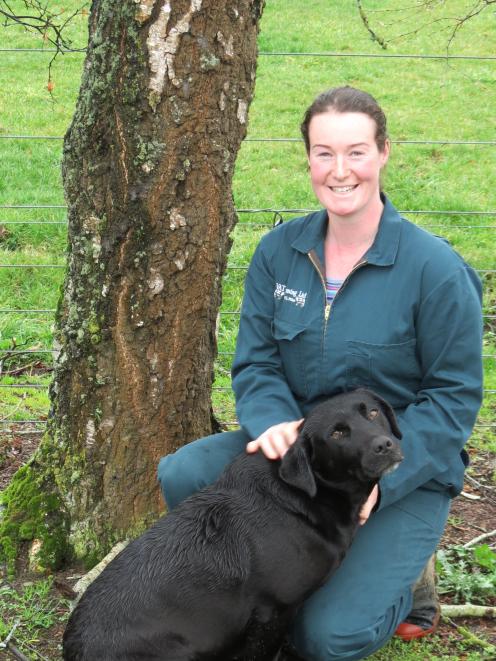 She first entered the farm manager of the year section in 2018 and did not place, but she tried again this year and came second, which she was thrilled with.

''It is for having a well-presented, tidy farm and high quality milk, which is really important to me.''

Mrs Bell is the farm manager for 50/50 sharemilkers Tony and Vicki Miles, of VAT Farming Ltd, near Avondale.

As she did not know what she wanted to do when she left school, she went to work for her parents' sheep-farming neighbour at Makarewa for six months.

She then started her dairying career as a farm assistant for John and Donna Dowdle at Otahuti, and was there for three years before moving to work for the Miles' as a shed manager in 2014.

From there she progressed to the role of farm manager.

''I love dairying and I love the cows.

''I like the variety of work and the people I work with and I enjoy the team environment.''

The farm has a 60-bale DeLavel rotary, and they grow 10ha of kale.

They also have three full-time staff, as well as two part-timers, a relief milker and a calf rearer.

Her husband Hamish works on a sheep farm, but over August and September helps with the tractor-driving on the dairy farm.

One of her priorities is encouraging staff to take on additional training and achieve their goals.

''We encourage Primary ITO training, as well as off-farm training, like courses with VetSouth and DairyNZ.''

She also attends a discussion group, and recently she and a neighbour formed another group, which included members from nine high-input properties.

''We go to different farms to have a look at what people are doing with similar farming systems.

''It is just good getting off farm and talking to other people to see what they do.''

''Having a work and life balance is really important.''

The couple live on the farm with their labrador Brax and cat Maui.

However, they bought their first home and land in Makarewa in April, which they plan to pay off and start a family in the next five years.

While she enjoys her work on the dairy farm, she does not envisage moving to share-milking, equity partnership or farm ownership at this stage, as having a family is a higher priority.

''However, I like my job managing a farm and I want to still be involved.''

Mrs Bell said entering the awards was worthwhile and she encouraged others to put their name forward.

''It is so worthwhile doing it as you learn so much about yourself and you meet so many good people,'' she said.