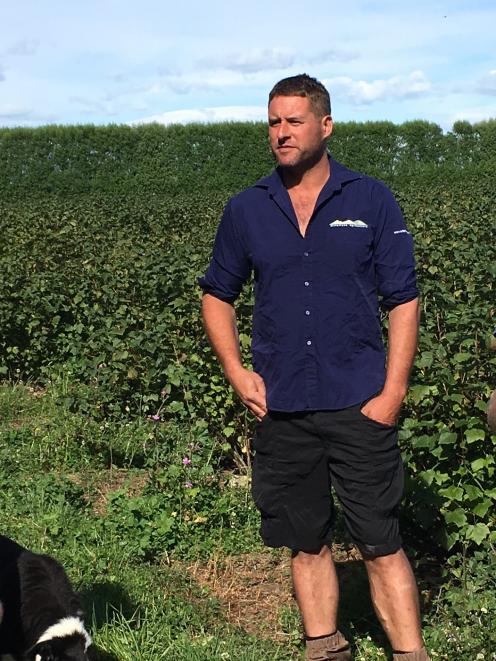 South Canterbury farmer Hamish McFarlane said the problem came down to the fact people were stuck overseas and could not get in. PHOTO: SUPPLIED
A South Canterbury farmer has called for more international horticulture staff members following what he called September’s "handy-ish" border exemption and visa changes.

Hamish McFarlane, who farms blackcurrants, carrots and mixed cropping just north of Temuka, and also potatoes in partnership with Geraldine potato grower, Guy Slater, said the six-month border extension was "not all too helpful."

He said a-third of his workforce usually held work visas, but not this year.

"The problem comes down to the fact that people are stuck overseas and cannot get in. At this time of the year, we typically have half a dozen tourists working for us and are down to one.”

Mr McFarlane had managed to "scramble up" the rest of his team through locals looking for work and had not advertised for staff, but said a neighbouring farmer had tried and received a few applicants— none he was able to hire.

Exceptions for border entry have been allowed for a limited number of 30 veterinarians, 570 deep-sea fishing crew, as well as 210 agricultural and horticultural machinery operators.

Mr McFarlane believed this was not enough and, as the industry supporting the country’s economy needed support itself.

"I thought there might have been heaps of people applying but, from what I assume is due to short contracts, there does not seem to be anyone keen.

"My business has been pretty lucky in that we have found the odd local Kiwi keen to work. But I have heard of businesses with a strain on production due to people not doing what they really want to be doing for work."

Immigration Minister Kris Faafoi told RNZ in mid-September that policy changes would be made to help fill labour shortages in horticulture and wine growing.

"These sectors were among a range of industries performing critical roles in supporting New Zealand’s Covid-19 economic recovery and generating vital export earnings," he said.

"So it is important we support them to keep going while ensuring that where there are job opportunities, New Zealanders are given a fair chance at filling them.”

The Supplementary Seasonal Employment visa will be automatically given to about 11,000 working holiday visa holders in New Zealand, visas expiring from November 1, 2020 to March 31, 2021.