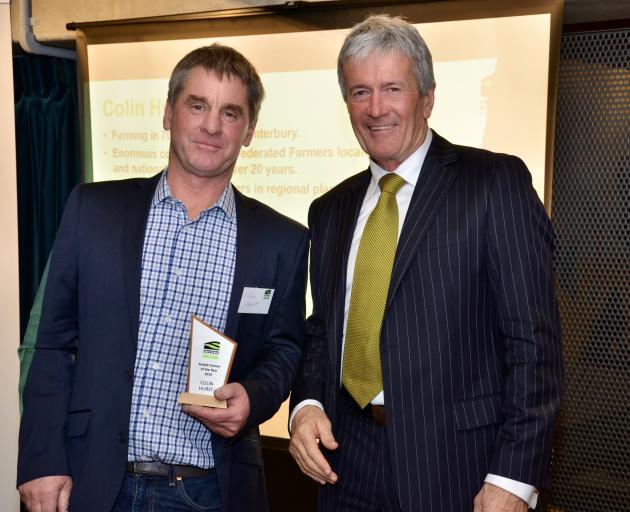 The 2019 Arable Farmer of the Year has been elected for a three-year term. He replaces Karen Williams, who has become the federation’s vice-president-elect.

Mr Hurst has a long record of service to farming, from catchment level upwards.

He has farmed at Makikihi with his family since the mid-1980s. The main crops on his 700ha block, which includes 250ha of irrigation, are autumn wheat, grass seed, plantain seed and radish seed.

Mr Hurst is an active member of the Waihao Wainono Community Catchment Group that has become a national role model for helping farmers reduce erosion and nutrient runoff to improve water quality and meet environmental regulations.

In 2014, he was instrumental in brokering a South Canterbury agreement on nitrogen limits, hailed by Environment Canterbury as a template for other parts of the region.

Mr Hurst has been an office holder at Federated Farmers locally, regionally and nationally.

He has donated innumerable hours to the South Canterbury Rural Support Trust, Foundation for Arable Research, United Wheatgrowers and the federation’s herbage seedgrowers subsection, and has been a staunch advocate for farmers at the Seed Quality Management Authority and Fertiliser Quality Council.

Mr Hurst said he wanted to lift arable’s profile among consumers and other farmers. The sector contributed $836 million to New Zealand’s GDP in 2018 and its export receipts were forecast to reach $260 million in the financial year just ended, an increase of 10.2%.

"Most people know we produce cereal grains used in bread and a host of other staples, and all the malting barley needed by our brewers, but we also grow the pasture seeds essential to our livestock farmers, not to mention brassicas and other feed crops, and seed production for domestic and international markets," Mr Hurst said.

He was also eager to continue using science and innovation to boost production while reducing environmental footprints.