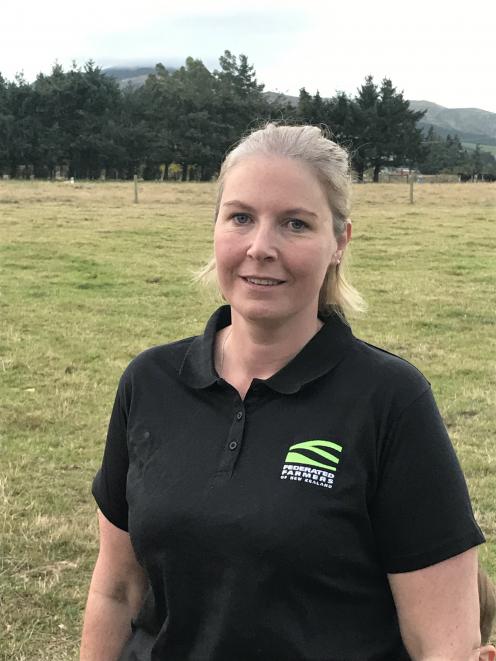 ‘‘I never thought I would be doing this, but it will be a good challenge. I’m keen to get to know everyone in the region and to help North Canterbury to be successful and prosperous farmers,’’ Ms Amyes said.

‘‘I would like to get more young people involved and to make sure our rural voice is heard.

‘‘I have quite good urban connections, as I grew up in Wellington. It’s important that we have a much better understanding of where each other [rural and urban] is sitting.’’

Ms Amyes joined the provincial executive only last year, being thrust in as junior vice-president and dairy vice chairwoman.

But with Mr Henderson keen to step down after completing a four-year term, to spend time with his young family, she said it took some gentle persuasion.

‘‘Cam gave me a little bit of a gentle shove, but he plans to make the succession a smooth process to make sure there’s some continuity.’’

After training as a teacher and working in the North Island, Ms Amyes moved to the South Island 11 years ago.

While looking for a teaching position, she took a job on a dairy farm and never looked back, going on to complete a post-graduate diploma in agricultural science at Lincoln University, and then the Kellogg Rural Leadership Programme.

For the last two years she has worked for Craigmore Farming as an agri relationship partner.

‘‘I support the general manager in quite a few aspects, helping with environmental planning, health and safety, working with partners, and with investors — whatever the business needs to be able to function on that day.

‘‘I do a bit of systems-focused work, but I definitely do some work in the environmental space,’’ she said.

In her new role, she saw the environment and access to labour as major issues facing farmers, particularly in dairy.

‘‘I hope to help connect politicians with what is going on for our farmers and to support farmers to enact some of the regulations which are quite challenging, and to make sure we have good, stable rural communities.’’

Ms Amyes lives on a lifestyle block at Whitecliffs, near the Rakaia River, with her husband Richard and son Fergus.

In her new role she will represent farmers from the Rakaia River in the south to the Clarence Valley, north of Kaikoura.

Dan Maxwell, of Cheviot, was staying on as meat and wool chairman, and Hawarden farmer Stu Fraser as vice chairman.

Celebrating a century on their land 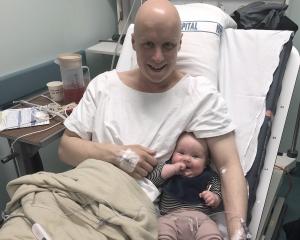 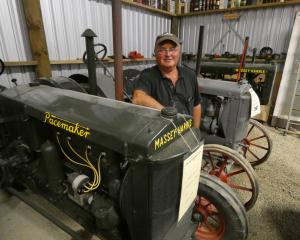