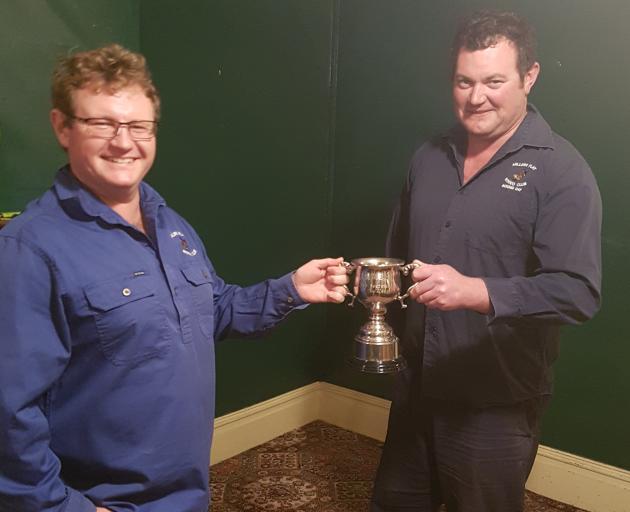 While never having ridden a rodeo horse or bull, the Ettrick man was nonetheless thrilled to receive the award.

Mr Booth did not know he had been nominated for the honour by club president Josh Gunn.

He only found out when Mr Gunn sent him a photo of the award, saying "this is yours. Congratulations mate — you’re the NZRCA Secretary of the Year."

A sheep and beef farmer near Ettrick, he and partner Tracey Grant welcomed daughter Edith five weeks ago.

Mr Booth joined the Millers Flat Rodeo Club about five years ago, and six months after that agreed to be its secretary.

"They needed one and I thought as I had been secretary for the Teviot Valley Young Farmers Club that I could give the rodeo job a go and see where it went."

Since then he had introduced computerised accounts and minutes, which made the job easier than writing everything by hand.

"Our club is pretty strong with a good mix of older members who have done their time as president, secretary and treasurer, and now we are getting some young members coming through, which is pretty good."

The club was to host this year’s national finals on March 28 and had significant support from the Teviot community.

"We pretty much had everything ready to go in the couple of weeks leading up to the finals.

"We had just started getting some stock arriving and making sure we ticked all the boxes."

However, the event was cancelled because of Covid-19.

"I want to thank the club members, volunteers and the community who all helped out and made my job easier."