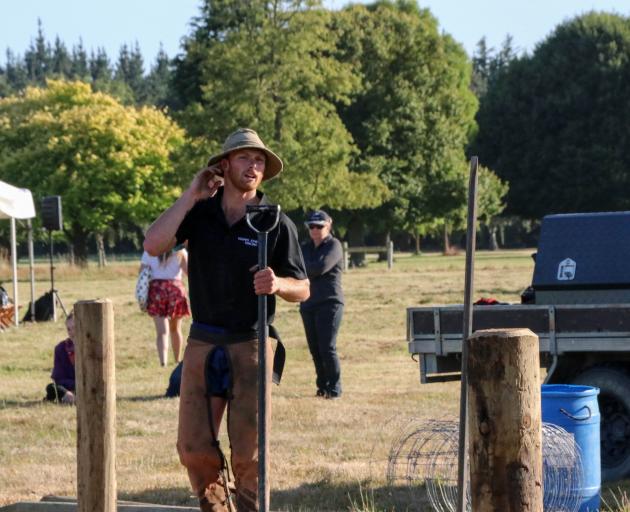 Elizabeth Graham (21), who lives on her parents' farm at Hindon, won the national stock-judging title.

It was Mr Johnston's second time competing in the national final and he loved "getting out there and competing with mates".

Lachlan Fee and Sean Taylor from Taranaki-Manawatu were first to finish but the southerners came out on top with quality.

"Looking across to see that gave us the kick up the bum we needed to work a bit faster. But it always pays to take a few extra minutes to ensure your fence is perfect before calling time. Every point counts," Mr Johnston said.

Mr Johnston, who has his own Tapanui-based fencing contracting business, urged other young people to consider fencing as a career option, saying there was no shortage of fencing jobs available around the country.

It was a job that paid well, the hours were reasonable and it was also enjoyable, he said.

Mr Johnston began fencing five years ago, having previously spent several years at university, but he did not enjoy tertiary studies.

He went farming for about six months and then started work at Kirwee-based High Country Fencing and "hit the ground running".

There was pressure on young people to go to university and get degrees and he believed the school system ignored the trades.

"It doesn't help that fencing is not considered a professional industry in the way that being a builder or electrician is," he said. 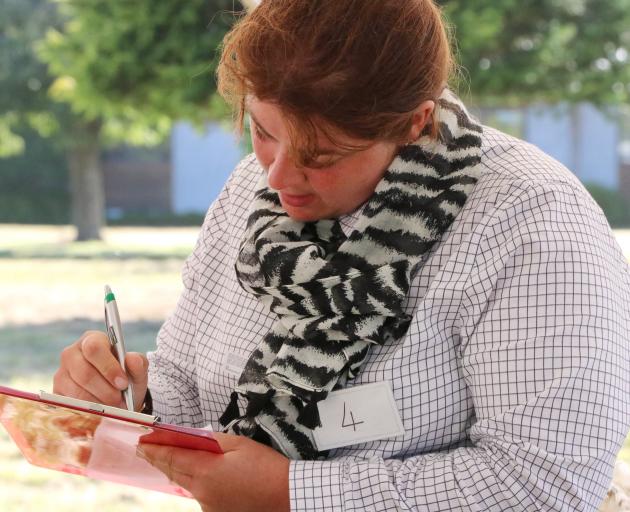 Elizabeth Graham, of Hindon, competes in the New Zealand Young Farmers national stock-judging competition in Christchurch.
The Fencing Contractors' Association was attempting to address the problem with a new national qualification.

Northland-based NorthTec was offering the New Zealand Certificate in Fencing (Level 3). It waslaunched in Hamilton last year and would expand to include Christchurch in April.

Mr Johnston was keen to obtain that qualification but he could not work and travel to Christchurch to attend his nearest course.

"It's hard for NorthTec to justify holding courses in more regions because so few young people are entering the industry," he said.

Mr Johnston, who recently completed an agribusiness diploma through PrimaryITO, moved to Tapanui in June last year, taking over the lease of his grandfather's 80ha farm which he laughingly described as a "glorified lifestyle block".

He had always had a passion for the farm and the area and he now ran 600 breeding ewes, 350 replacement ewe lambs, and grazed a few cattle.

One of the drawcards of being involved with West Otago Young Farmers was being able to enter the fencing competition.

It was a fantastic way to improve his skills, having his work judged and what he could improve on being pointed out.

For competitive fencers, the pinnacle of the year was the Golden Pliers, which was the singles championship, and the Silver Spades doubles championship, which were held at the National Agricultural Fieldays at Mystery Creek.

While Mr Johnston would love to tackle such events in the future, it was a "different school of fencing" in the North Island, with a lot of batten fencing and using hand borers.

At the moment, his business was a one-man-band and he acknowledged it would be a "fairly big step-up" to having a staff member.

Down the track, he would love to be able to run a couple of crews, and being able to direct employees, focus on getting the jobs and liaising with clients.

He was very passionate about teaching other people and being able to use his skills. Farming and fencing at the same time was a bit of a challenge but it was all fun, he said.

Miss Graham and her sister, Sarah, acquired their late grandfather Don Graham's black and coloured merino sheep flock when he died in 2006.

Both sisters have enjoyed success with their judging; in 2016, Sarah won the junior meat and wool judging championship at the Canterbury A&P Show in Christchurch, earning a trip to Australia to judge at the 2017 Royal Canberra Show.

Elizabeth, who is a member of Strath Taieri Young Farmers, won the same competition at the 2017 Canterbury A&P Show and went to Canberra last year, which was an "amazing experience".

She was thrilled to win the Young Farmers national title, saying the inclusion of alpacas "made things a little interesting".

A trained rural vet technician, she was now studying to be a vet nurse through Otago Polytechnic.

She was looking forward to concentrating more on her flock once she had graduated and planned to secure a regular buyer for the fleece.

The natural colouring of the wool, which was under 18 micron, meant it was highly sought-after by spinners, she said.