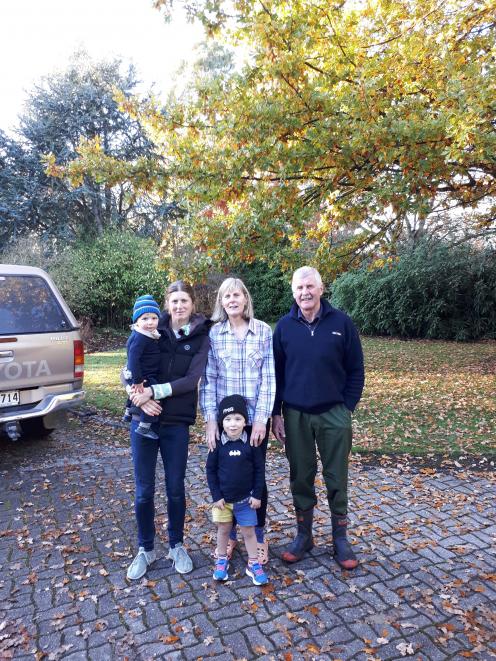 Even when Nadine Tomlinson was young, she relished the physical nature of farming. She was a down-to-earth Southern girl; shy as a youngster who came out of her shell when she went to boarding school.

Her mother, Ann Restieaux, recalled her and her sister drenching lambs for their dad, Alex, while still at primary school.

“Alex would just trickle the lambs up to them and they chipped away. Nadine loved it. She was full speed ahead, she set incredibly high standards for herself and as a mother she achieved so much in her day because she just got up earlier if she needed to.”

Tragedy struck their Dunback farm in September 2018. Mrs Tomlinson and her 3-year-old son, Angus, failed to return from a short job in the tractor on a Sunday afternoon. After going to look for them, her husband, Scott, discovered the tractor had lost control on a steep gradient and slipped into a reservoir on the farm.

The cause of Mrs Tomlinson and Angus’ death has recently been released in a coroner’s report which highlighted the importance of engaging both brake pedals in a tractor for better control. The tractor Mrs Tomlinson was driving did not have a buddy seat and Angus was standing beside his mother which the report said “significantly increased the hazard and risk associated with the vehicle’s use”.

“My message to other farmers, especially farming mums, is to learn the safety features of the farm vehicle you are driving and never get complacent.
“Learn what happens when you use one brake only without being in four-wheel-drive; only one wheel locks up and you keep going with no control. If Nadine had managed to put her foot on both brakes, the tractor would have gone into four-wheel-drive automatically, giving her much better control. An even better idea is to lock the brakes together.”

Mrs Restieaux said her daughter was very aware of health and safety on their farm.

“She meticulously did the paperwork, she made sure staff were trained and she herself had a lot of experience driving tractors.

“Alex would always know when she had been in the tractor here at home because she would lock the brake pedals together.”

Mrs Restieaux said many women who work on-farm while also raising a family often have their attention split in many directions.

“Angus absolutely loved tractors; he would cry when he had to get off one. There was no way he would have been left behind when Nadine set off to go and do that job.”

Mrs Restieaux added the workload Mrs Tomlinson put on herself wouldn’t have helped. She was pregnant with her third child, a few days a week she was getting up at 4am to get her off-farm work done and younger son Sam who was 18 months old would also sometimes wake in the night. “It all would’ve been very tiring for her; not that she would have ever admitted it.”

She said she was immensely proud of her daughter and everything she had achieved in her short life.

‘‘But it is of concern how much pressure young farming mums put on themselves to keep their careers going.

‘‘Especially since they are expected to help implement these new environment rules.’’

Planting a riparian strip around the dam had long been on Mrs Tomlinson’s wishlist. It was one of the first things family and friends did with Mr Tomlinson after the accident. He also built a memorial seat overlooking the dam.

“All the straw and dags put around the plants, mainly by Scott’s dad, have allowed them to thrive. The plants and grasses are growing well even through drought conditions. Enhancing the environment was a passion of hers.”

Since their passing, Mrs Restieaux said she has shared some special moments with others who have experienced a similar loss. She sometimes imagines what her daughter would be doing around them “usually when we are out doing something, and I can imagine her telling us off and pointing out all the things we’ve done wrong”, she said, laughing.

And while it won’t bring back her beloved Nadine and little Angus, Mrs Restieaux wants to share their story to make sure other farmers learn from the coroner’s findings.

“Learn about the machinery, ask questions and just take care, make sure you get home.”