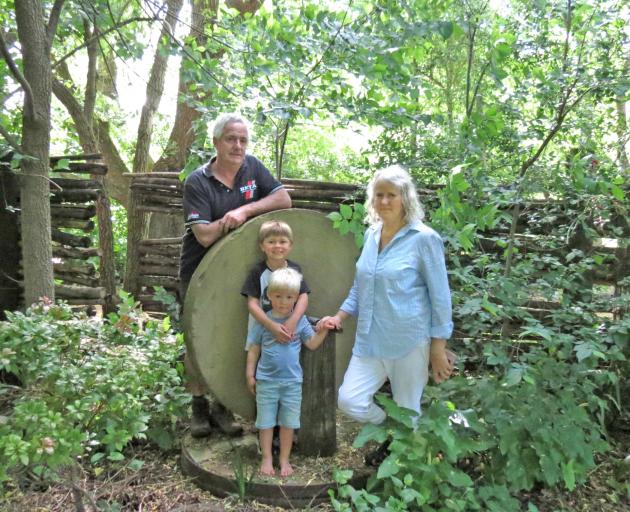 The couple, who have owned the property since 2017, are moving on in March, but that is something they are fairly used to.

After leaving Danseys Pass in North Otago and a year in India, where Mr Blanchard worked for Elephant Energy, an infrastructure company combining electricity generation, landfill mining and waste disposal through waste-to-energy projects using non-incineration gasification technology, the couple returned to New Zealand and eyed up the Monte Christo business in Springvale Rd.

Taking over the business, which was established more than 30 years ago, marked a change of pace for the couple.

And it is a place they have felt at home, Mrs Blanchard says.

"It’s been a lovely place for the past five years."

The decision to sell the 3ha parcel of land came after an approach from the owner of the neighbouring Monte Christo Winery, Alan Paris, who wants to consolidate the original land parcel set up in 1863 by Frenchman John Desire Feraud, who began producing wine at the vineyard.

In the 1860s, Mr Feraud struck gold near French Point.

He later became the mayor of Clyde and was one of the area’s first orchardists.

As a pioneering winemaker, he was also to have a dubious claim to fame.

On his farm, named Monte Christo, he planted thyme in his garden.

Spreading like a slow wildfire, it subsequently took over the converging valleys of the Clutha, Manuherikia and Kawarau Rivers, eventually covering more than 2000ha.

The raspberries they produced for supplying local supermarkets was one part of the business that would go with the takeover, Mrs Blanchard said.

The future of the cafe would be down to the new owners.

The raspberries and the cafe were always a summer concern, freeing the winter to feed their wanderlust, Mrs Blanchard said.

Pre Covid-19 they had wintered across Europe and the US house-sitting, something they were keen to do again.

Semi-retirement to the nearby Dunstan Rd afforded them more time to focus on family — their own, rather than those of others — as family-friendliness had always been a central part of their business.

The couple wished to thank their customers and assure them they would be there all summer until March.