Recipient off to study operations 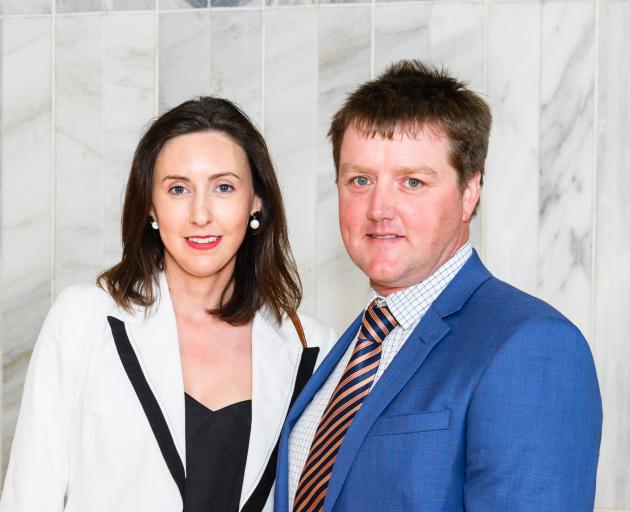 The experience gained will enhance his own farming operations and also form part of a study project each scholar is required to do.

Although he has yet to distil his ideas into a specific topic, he is keen to look at how to encourage more people to enter the agricultural industry and develop their skills.

''There will be something to learn from most businesses [I visit] around the world and will be applicable back here to what we do,'' Mr Pinckney said.

The Nuffield Scholarships provide new scholars with an opportunity to travel abroad in groups and individually, and study the latest developments in several leading agricultural countries.

After the year was complete, he would then present his research project in front of a Nuffield committee and alumni, Mr Pinckney said.

Mr Pinckney, who is married to Jaimee, is a owner-director of 1400ha Jericho Station, a sheep, beef and dairy grazing property near Manapouri.

It has 12,500 stock units and runs sheep and beef, including animals for the bull beef trade.

The 250ha, 700-cow Waipango dairy farm near Riverton is managed by a contract milker and produces more than 300,000kg of milk solids.

''I am also a member of some ag-based community groups, including water body groups and most discussion groups,'' he said.

He said he was delighted with the scholarship.

He views completing the scholarship programme, as well as its required study project, as a way to develop his personal growth.

''I did the Kellogg Rural Leadership Programme a couple of years ago, and that was an achievement.

He would be leaving in March on a Nuffield-organised trip to Australia, Chile, the United States, Canada, Spain and Italy to visit an extensive range of agricultural-based operations and organisations.

His second trip would be later in the year and he would be selecting the countries, businesses and organisations he wanted to visit.

At that point he should have a more accurate idea of the study topic he wanted to look at.

''I have not yet decided what I want to do, but there are a huge number of options.

His wife and staff would be looking after the operations while he was away.

He viewed his trip away as not only a personal growth opportunity for him, but for his staff as well, as they would be able to use the additional responsibilities as a platform to develop their own skills.

For him, encouraging more people into the agriculture sector and industry training were key elements.

''I am keeping a close eye on what is happening at Telford.

''It is a underutilised asset and we need it more than ever in the industry.''

He was excited by the upcoming trips.

''They will be amazing and I am looking forward to them, although it is slightly daunting.

''It [the programme] will open doors in the industry in the future for me, such as further governance roles and other opportunities,'' he said.