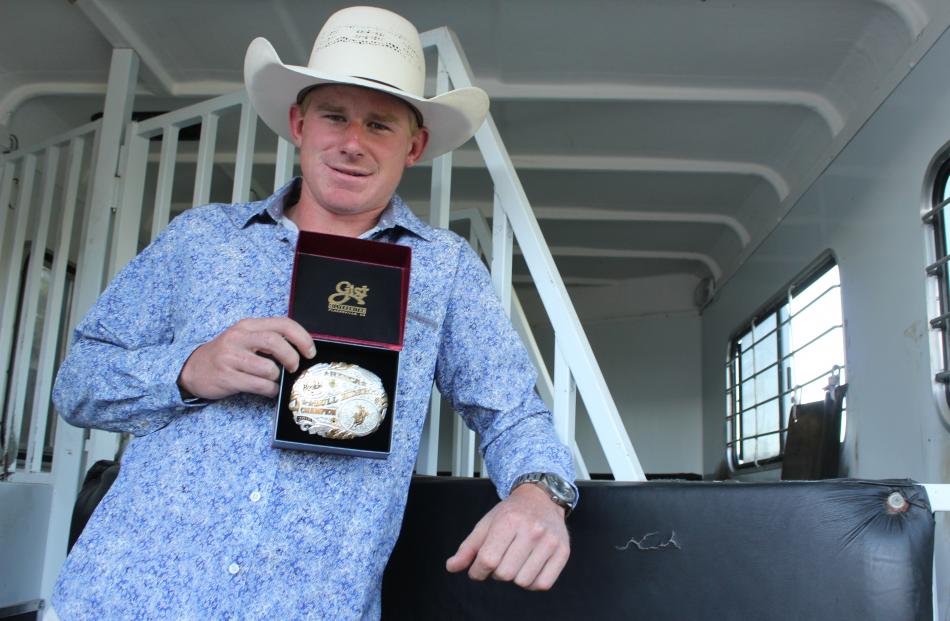 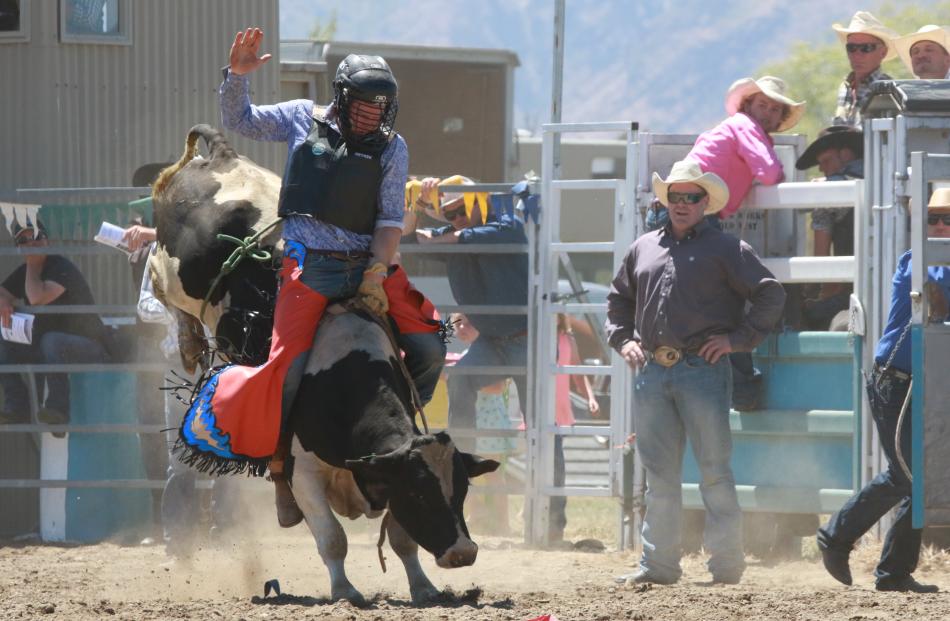 ''I've always been in to adrenaline sports,'' is the reply.

But when he started bull riding last rodeo season, it was purely for the adrenaline and he never thought only two years down the track he would be crowned the 2017-18 New Zealand Rodeo Cowboy Association National Rookie Bull Riding champion.

Starting bull riding last season (2016-2017), it was a homecoming of sorts for Mr Adams, as he had wanted to compete for a few years.

It was when he meet his partner, Casey Elstob, whose family were already heavily involved in rodeo, that he first jumped on a bull.

Rewind to October last year and the first rodeos of the season and his goal was simple - to ride eight seconds.

He had $52 in winnings to his name before he headed up to Central Otago and the Millers Flat rodeo on Boxing Day, where he placed second-equal.

Two days later he headed to Omarama, where he won for the first time, with a score of 64 points.

Rookie cowboys all have the same goal, to win $2500 and break into open grade, and compete against the country's top cowboys.

The placing at Millers Flat spurred some confidence in the Wairio cowboy, who then moved his focus to start placing.

After a successful Christmas circuit and competing at Canterbury Rodeo in early January, Mr Adams realised he was sitting third in the country and that he had a shot at winning the rookie title.

With stiff competition in now open bull rider Bryan Batt, of Canterbury, Mr Adams only edged him by $120 to take the title.

''He had a really good season. It could have gone either way.''

It was at Waimate Rodeo in February Mr Adams found out he had won.

An electrician by trade, he was now back on the family farm in Western Southland.

Mr Adams said he was lucky enough to have the backing of his family and the entire farm team, as the rodeo season had meant a lot of time off the farm, travelling up and down the country.

Rodeo was not an easy sport to take part in and required great dedication.

Mr Adams spent the entire summer chasing the rodeo road, alongside Miss Elstob and her family, which included regular trips to the North Island.

Miss Elstob is a barrel racer, as is her sister Brooke, and their father Bert competes in the team roping.

Mr Adams said he was lucky to have such a great support crew around him, as well as mentors.

He could not have achieved what he did without the Jamison and Sons Bucking Bulls and the 8 Seconds Bull Riding School, he said.

''I've also had a lot of support from the Elstob and Perkins families, who have helped me right since day one.''

Mr Adams needs a further $584 to break open and go head-to-head with the big boys.

''That's next seasons' goal, to break open and be competitive.''

He would also be saddling up, as he looks set to compete in steer wrestling in the 2018-19 season.