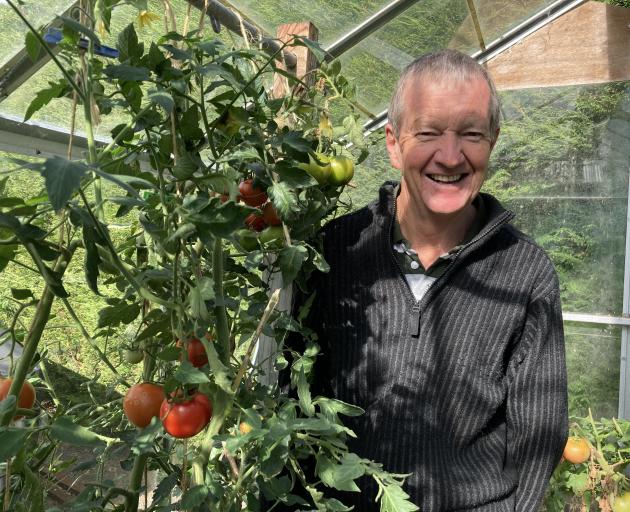 Former Balclutha rural postie David Fenton doing what he loves at his country home. PHOTO: MARY-JO TOHILL
It is the end of the road for a South Otago postie — but in a good way.

After 18 years, David Fenton (67) has parked his rural post truck. He delivered his last parcel before Easter, and the new owners, Jane and Richard Whitmore took over the run early in April.

In almost two decades, Mr Fenton has covered about 846,000km. And while somewhat miffed not to have hit the million km mark — he would have got close had he kept going for a few more years — he was pleased with the decision to call time.

"I’ve been getting super for two years, so I’ve been double-dipping. Colleen [his wife] is retiring soon, and we’ve got to get out there and see more of New Zealand. There’s a whole lot more we want to see and go back to see, while we have the health to do it.

"I could have carried on but I didn’t want to wait too long to retire, because you just never know what’s going to happen."

Caravan and motorhome shopping could be on the cards in the next few months as they move into their next phase of life.

Mr Fenton, originally from Timaru, was in the wholesale food business for about 23 years but was made redundant. He then became a meat worker at the Pareora plant and met his wife-to-be Colleen, who was from the Owaka area. It was a second marriage for both of them. Mr Fenton has two daughters Olivia (42) and Lauren (40).

Mrs Fenton was working in a Timaru accountancy firm but because of her medical receptionist background, was offered a job with Clutha Health First in Balclutha.

"It was because of Colleen’s job that we came here [Balclutha]. I didn’t actually have a job, but we met Trevor and Christine King [Mrs King had been a friend of Mrs Fenton’s previously] who had a rural postie run, and I began as a relief driver."

That went on for a year. However, the Fentons were given the opportunity to buy the run and "snapped it up".

"And it has been fantastic. It has been perfect for me. I work the mornings and I get the afternoons free. Who else can drive all day and see the beautiful Catlins. It really has been a privilege."

They bought a rural property near the Finegand freezing works about 13 years ago and have developed it into an extensive garden. The paddocks are leased to their farming neighbour.

"I can imagine us carrying on as we are. We both love the garden. The flowers are Colleen’s domain, the veges are mine. We love to do that in the summer and play indoor bowls in the winter.

"It is beginning to sink in that I’m not doing the run any more. I dropped off some tomatoes to a friend in the sorting room this week, and it struck me that I won’t be here soon."

However, while he had loved his time as postie, despite the breakdowns and unavoidable dramas of life on the road, he would enjoy greater flexibility.

"Even though it’s a great lifestyle, it’s a real tie. If you want to take time off you have to have a relief driver, so there’s some things I won’t miss, but I have loved it."

The advent of online shopping, which had produced high volumes of parcels and a decrease in mail, had made a huge difference to the workflow in the past decade.

"I’ve always had a double cab, but you really need it for the amount of freight these days."

He’d gone through three trucks and ironically, the last had given him the most trouble.

It has now been completely done up and reconditioned and he is keeping it as a reminder.