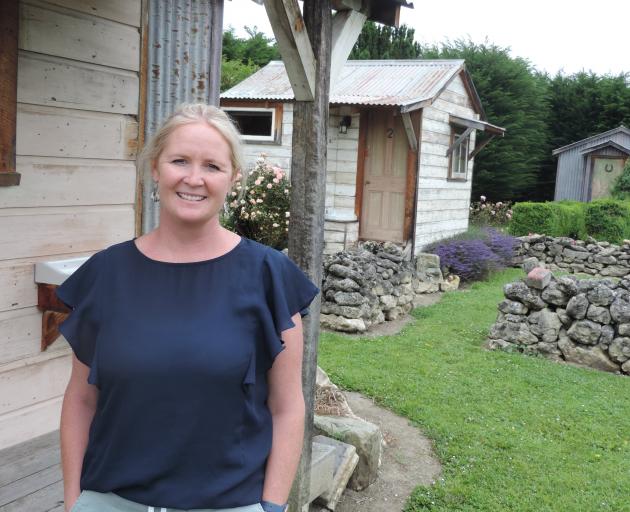 Miss Hunter and her partner Hamish Wilson, who farm sheep and beef at Dansey’s Pass, are the new owners of The Huts, Tokarahi and co-owners of 190ha of farm land that had belonged to Frank Houston.

Mr Houston built The Huts about seven years ago.

"We actually didn’t realise it was here. We were looking at the farm land, and the real estate agent said, ‘Would you like to look at the huts?’, and we had no idea what she was talking about... So we came and had a nosey, and the rest is history, I suppose," Miss Hunter said.

The couple took over the property at the beginning of October, and although November and December were relatively quiet, the next few months "are all go" with more than 900 people booked for the season, Miss Hunter said.

There were eight huts, all similar in size, and each housed either a super king bed or twin share. The huts had been constructed using materials from a former villa which had been part of the farm, to give them an old feel, although they were relatively new.

A communal area, formerly the old farm stables, housed the dining area, a kitchen — where Miss Hunter cooked dinner every night — and also the showers and toilets. 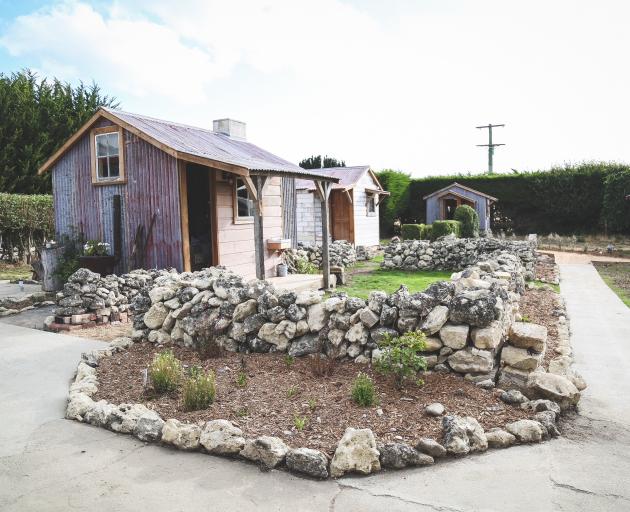 The Huts were constructed using materials from a former villa which had been part of the farm. PHOTO: REBECCA RYAN
"The people love this room, it’s just got such a great feel about it."

Until the end of term 3 last year, Miss Hunter had been teaching in Ranfurly at Maniototo Area School, and commuting daily from Dansey’s Pass, with her two children Abby (12) and Rhys (11).

"So this is like a dream run, driving over here each day."

She had been enjoying the change of vocation.

"I miss the teaching, because I miss the relationships with the people, but you meet some fantastic people coming through here, and everyone is in just the best spirits. They are on holiday with friends or family, and just having a great time."

E-biking had made the cycle trail accessible to all ages, and the guests coming through were mostly semi-retired or retired, she said.

"They’ve travelled the world, and they’ve got such cool stories... It’s amazing how many connections you can make with people. They know someone you know, or they’ve lived somewhere you’ve lived, or are ex-farmers that want to talk about the farming side of things." 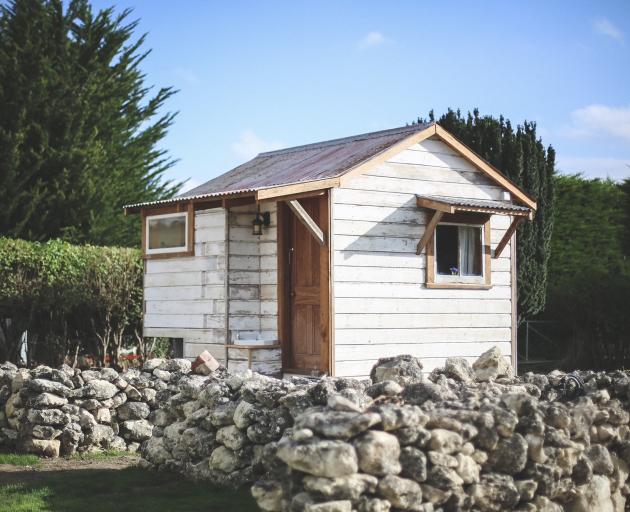 More than 900 people are booked to stay at The Huts this season. PHOTO: REBECCA RYAN
Although the cycle trail was the source of most of their visitors, Miss Hunter said she saw the potential for other ways to drum up business, but the family were still "finding our feet" this season.

"Frank had established a really good, sound business, and so we’re just taking over what he had developed.

"He had poured so much passion into here, we want to make sure we’re doing his hard work justice as well."

She enjoyed the day-to-day business of keeping things running, and had got into a routine of dropping her children to the bus, so they could continue their schooling in Ranfurly, and then heading to The Huts.

Mr Wilson helped with the more physical jobs, but his main focus remained with running the farm.

"But [he has] a real vested interest in the place as well, which is cool," she said.

"The change of pace for our family has been really nice, our mornings aren’t so insane."