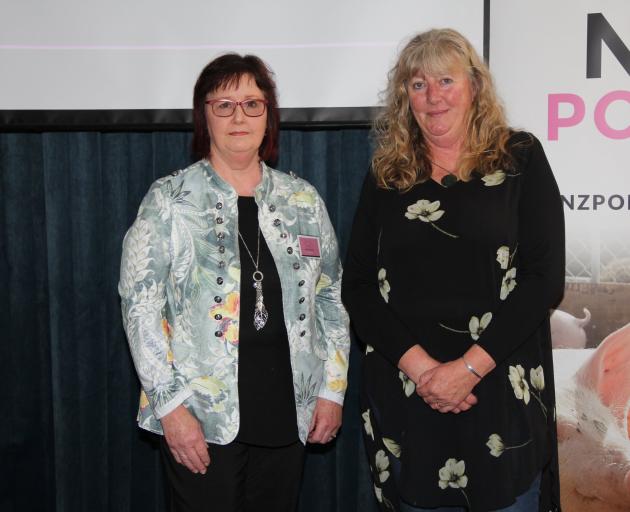 Jane Stanley and Whitney Ross, who work for Patoa Farms near Hawarden, shared the trainee of the year award at the 2020 New Zealand Pork Awards presented at the New Zealand Pork Industry Board annual meeting in Christchurch last month.

Ms Stanley said the award was a complete surprise.

"We thought we were just going to a conference. Our employer just asked us if we wanted to go. We had no idea we were up for an award." 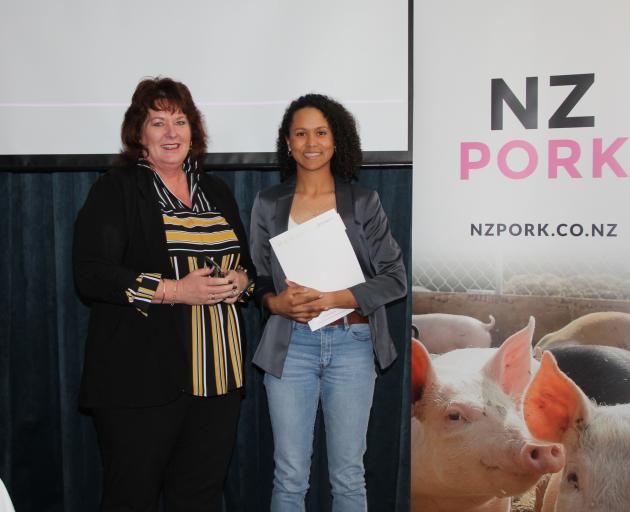 Since joining Patoa Farms in October 2006, Ms Stanley has gone on to complete her Primary ITO level 4 qualification.

"I had a family member working there and I was working at Hurunui College and helping out on the farm in the holidays.

"But the opportunity came up and they say a change is as good as a holiday."

After spending most of her time as a team leader in the nucleus breeding herd, she recently moved into a herd analyst role, reporting on herd performance and managed the gilt selection process.

"Pigs are great to work with. They are amazing and they are a whole different animal to any other animal such as cows or sheep.

"They can end up being very friendly, almost pet-like if you’re not careful, and they’ve got their own personalities."

While she was mainly working in the office now, Ms Stanley said she enjoyed getting back outside to work with the pigs when the opportunity arose.

"Patoa Farms is a really good place to work and they encourage us to increase our knowledge and to try to achieve our targets."

Originally from the United States, Whitney Ross joined Patoa Farms in February 2018 as a stockperson and now worked in the commercial herd, while working to achieve her Primary ITO level 3 qualification.