A voice for telling rural stories 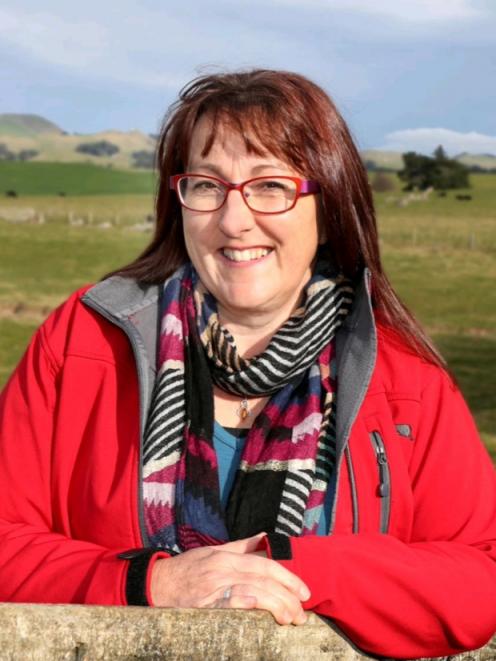 Kate Taylor, who now lives in Hawke's Bay, grew up in the small southern farming district of Dunrobin.

She says entering the Rural Women business awards was a way for her to ''walk the talk'' and share her story, as she has for so many years been preaching to the people she interviews.

Mrs Taylor is the youngest of four Rivett girls and grew up on her family's sheep and beef farm known as The Glen. She attended Blue Mountain College, in Tapanui, and got her first job in Gore, at radio station 4ZG, then did a journalism course at Christchurch Polytechnic.

Her journalism career progressed, and she eventually found herself in the North Island where she met her soon-to-be husband Thomas ''thanks to the Young Farmers Club dating agency'', she laughs.

Mrs Taylor says she has a long-standing affiliation to Rural Women.

''I grew up with my mum Ruth being a member of what was known then as Women's Division of Federated Farmers (WDFF). If I was going to enter myself in any sort of business awards, the Rural Women one was a perfect fit.''

Communications and writing work has been Mrs Taylor's life. After a number of years working in radio and newspapers, she went out on her own and launched communiKate, contracting her writing and event management skills to rural businesses.

Mrs Taylor says a career highlight was her contract to write a book for the Young Farmers organisation titled 50 Years Young: A History of the Young Farmer of the Year (released in February).

Another, she says, was working under editor Jon Morgan at NZ Farmer, a national newspaper no longer in circulation.

''Jon is an exceptional man and a hugely respected journalist. I had been writing for more than 25 years when I started with NZ Farmer and I learnt so much in three years of working with him ,'' she says.

Mrs Taylor says publishing and communications work is turning a new page in her life. She recently topped the votes to sit on the Central Hawke's Bay District Council and she says she is looking forward to committing her time in this new role.

Going forward, she says she is keen to capture everyday people's stories for families to keep as a treasured record of their loved ones.

''Every person has a story to tell. And some have had quite extraordinary lives; they have worked incredibly hard and seen a lot of things over their life.

''How often do we hear people say: 'oh, I wish I had got to know my grandfather better', or 'I wish I had asked my grandparents more questions about their lives.' My passion is to talk to these people and capture the essence of their character and preserve it for years to come.''

It is here that Mrs Taylor herself has a realisation of her own about her ''Uncle Mervyn'' who had played a significant role in her life.

alongside her parents, she says her Uncle Mervyn taught her the life values from which she has never wavered.

''Uncle Mervyn was actually my grandfather's cousin and when I was a toddler he came to paint the house and ended up living with us for about seven years. I was his shadow - I followed him around and copied everything he would do.

''But now when I think about it, I never knew much about him. I wish I had asked him more questions. He died when I was 13.