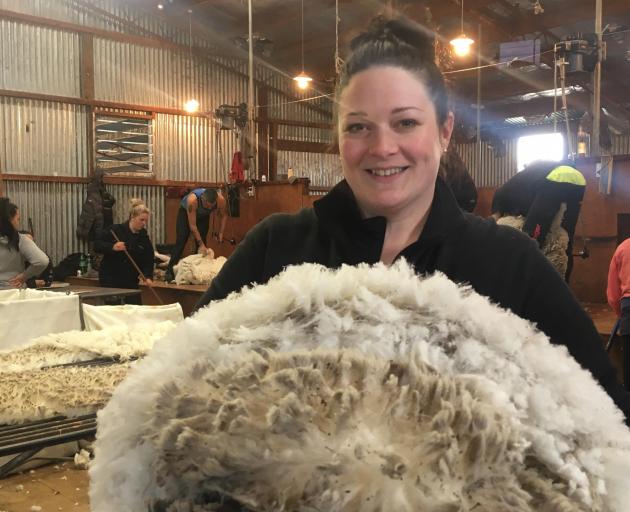 The country musician is working for the New Zealand Merino Company, a fitting role for someone with a passion for wool.

Part of that passion was helping newcomers in the wool harvesting industry - "we have to nurture them and support them" - and helping to train them.

Ms Harraway (39) was helping out at Elite Shearer Training's fine wool shearing and woolhandling course at the Paton family's property in the Pig Root last week.

That included explaining and demonstrating the preparation of different contracts and their requirements.

Originally from Kurow, she studied make-up and music. Her goal was to become a make-up artist.

She initially went into the sheds as a holiday job - her brother was a contractor and her sister was a woolhandler - and she enjoyed the work.

It led to her developing a passion for wool.

She always wanted to have a connection with wool, regardless of what she was doing in makeup and music, and now she was able to do all three.

Music was on the back-burner at present as she had been in her job with NZM for four months and had a lot of learning to do.

She had a few wins at the Gold Guitars over the years, although never scored the overall title. 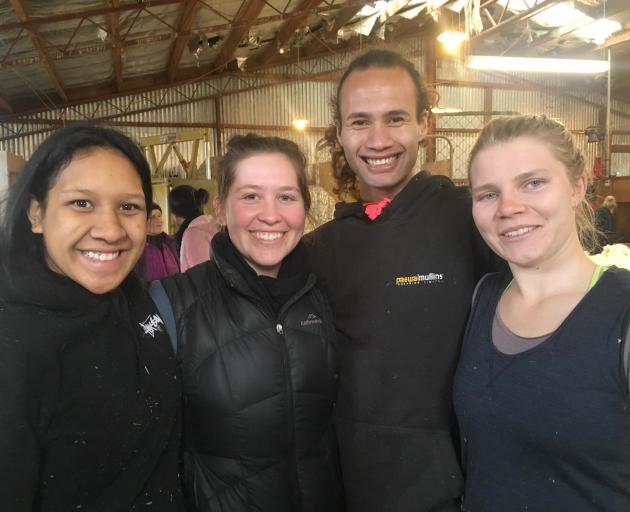 Improving their woolhandling skills are (from left) Maiangi Tamati-Sullivan (Napier), Samantha Allan (Balclutha), Nikora Joseph (Balclutha) and Alice Watson (Seddon).
Last year, she recorded a single called Runnin' which debuted at number one on the i-Tunes country music charts for New Zealand. She still did some makeup for her friends, including country pop artist Kaylee Bell.

Ms Harraway loved being in the mountains and when she used to work in sheds, a big walk in the hills after work would give her some space and time to think about songs.

Now she had the best of both worlds - "it's kind of like my dream job" - as she had the stability of a full-time job and she still got to work with wool. Eventually, she believed she would be able to manage her music as well and perform more gigs.

Ms Harraway is going to be a southern area manager for NZM, an area where there is more strong wool.

NZM was attempting to help the strong wool industry with organising contracts between brand partners and growers, using the merino model, and there was "lots of exciting stuff" happening in strong wool, she said.

NZM saw a huge future for wool, because it was a natural fibre, and it was spreading the word about the fibre's benefits. `It's one of New Zealand's best commodities really, in my mind," she said.

The market was consumer-driven; people were wanting to know the story behind their products, tracing the fibre right back to the farm, and the supply chain had to be transparent.

Those working in the sheds were a very important part of the supply chain and for them to have some direction through in-shed courses was very important.

Training someone at work was often quite hard, so courses were great as they allowed one-on-one focus and those attending came away with a lot more knowledge, she said.

Shearing trainer Chas Tohiariki, who manages a shearing run in Winton, said the job had to be done right, otherwise the return to the farmers was not going to be the best it could be.

Mr Tohiariki, who started working in the industry as a presser in 1993 and started shearing two years later, loved everything about the industry - the hard work, good money, travel and the people.

He also loved training people and the satisfaction at the end of the course, or to see them six months or five years later, and see the progress they had made. Training had to continue, with or without funding, he said. 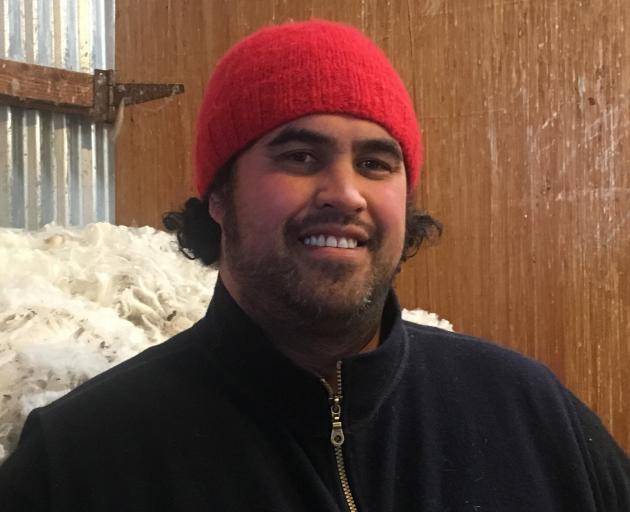 Elite Shearer Training was born after industry veteran Tom Wilson became frustrated by the lack of training which was starting to affect the industry.

"Mr Wilson decided to do something about it and fellow industry identities Dion Morrell and Gavin Rowland jumped on board.

"We were in danger of losing the experience that we had. We've managed now to hold on to that experience with this company we've set up," he said.

As well as the skill-based course, things such as health and safety, animal welfare, health within the industry, and how to manage money were also covered.

Such training benefited everyone - not just the trainees themselves but the industry as a whole, including the employers and the end product.

"If we haven't got it properly off the sheep, that affects the price. If somebody's chopping it up into bits, it's not worth [as much]," Mr Wilson said.

It was a great feeling to walk away from a course and see the "looks on the faces" and the sense of achievement.

With the lack of industry funding for training in New Zealand, training being done overseas meant that the gap between New Zealand and their international counterparts was getting much closer, and contractors were now starting to rely a bit on overseas labour.

While Elite Shearer Training - now a national training organisation - was "managing to get by", the cost of training was high.

Mr Wilson was now targeting schools - he did presentations about the industry in schools on the East Coast of the South Island, and now he was planning on hitting the South Island.

The response was very encouraging and it was an opportunity to show young people that "the world's your oyster" if they pursued a career in the industry.