The number of dairy farms that changed hands in the past year more than doubled from the previous year.

ANZ’s latest Agri-Focus report showed 237 dairy farms were traded in the 12 months to April, well above the 10-year average of 206 farms.

There had been some pent-up demand to exit the dairy industry which resulted in a "mismatch" of supply and demand in recent years, the report said.

Demand for dairy farms had lifted as returns had improved and interest rates had fallen, while the reduction in seller expectations had also been key in allowing more farms to sell.

Median prices were now slightly above the 10-year average. In the past year, the average monthly median sales price had lifted to $34,000 per hectare.

The livestock sector remained buoyant, despite prices for lamb and beef easing in the past year and there was strong demand for quality properties to farm. That sector was also being underpinned by demand for land to plant trees to harvest carbon revenue.

Dairy farmers were benefiting from both a strong production season and a high milk price. Those factors did not often coincide, the report said.

Despite the strong returns, the sector was expected to shrink as higher operating costs eroded production, particularly on farms with high nutrient output relative to the ability of the catchment to handle the nutrient loading.

In the areas with high nutrient loading, a reduction in stocking rates or change of land use would most likely be required, the report said. 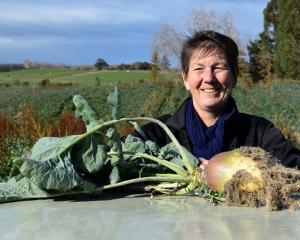