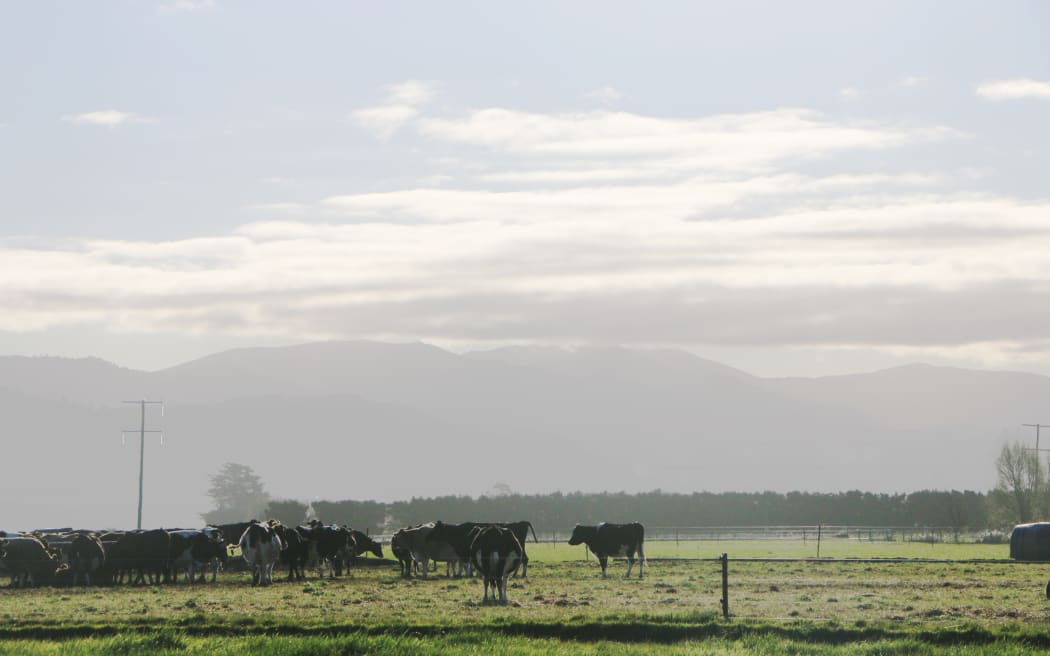 Photo: RNZ
New research has found there is not enough rain and river water in Canterbury to dilute nitrate pollution from dairy farming to acceptable drinking water standards.

The study, led by Dr Mike Joy, shows every litre of milk produced in the region needs up to 11,000 litres of water to dilute the pollution from its production.

Canterbury's nitrate grey water footprint - the amount of water needed to dilute nitrogen leached past the root zone - ranged from 433 to 11,110 litres of water per litre of milk, depending on the water standards applied, the the study found.

The research, published in the Australasian Journal of Environmental Management, found Canterbury groundwater drinking supplies were on a trajectory to extreme levels of nitrate contamination of 21 mg/l - nearly double the allowable value for drinking water of 11.3mg/l - rendering much of it "undrinkable."

Joy said that was unsustainable and a legacy of failure from both central and local government.

"It's really tough on those farmers who are just doing their job. It's just utter failure by Environment Canterbury, by a whole series of environment ministers that have kind of allowed this hands-off approach with agriculture in this country, to the point where we have this really unsustainable production."

Nitrate levels at three quarters of the groundwater sites in Canterbury were significantly increasing, while eight percent of the sites were exceeding the maximum allowable value for nitrate in drinking water.

Joy said a recent economic analysis of Christchurch city alone found it would take $1.8 billion to set up a plant to try to strip nitrogen out of the water.

The nitrate levels meant the government was effectively subsidising harmful farming by allowing this level of pollution to increase in water and soils, he said.

"We've got these really cranked-up industrial farming systems and they're leaking out into the environment."

High levels of nitrates in drinking water have been linked to an increased risk of colorectal cancer and birth defects.

The only solution was a drastic reduction in the number of cows on the land, he told Morning Report.

The Ministry for the Environment is currently considering changes to the national environmental standards for sources of human drinking water.

Greenpeace senior campaigner Steve Abel the study showed a worsening of nitrate contamination in groundwater aquifers, which 40 percent of New Zealanders relied on for their drinking water supply.

"It's a striking finding that the sheer volume of nitrogen pollution going into the Canterbury Plains is not able to be diluted by all of the rain and the water flowing down from the mountains."

There had to be a move to more regenerative forms of farming, lower stocking rates and phase out use of synthetic nitrogen fertilizer, or else Canterbury's drinking water would end up undrinkable, he said.