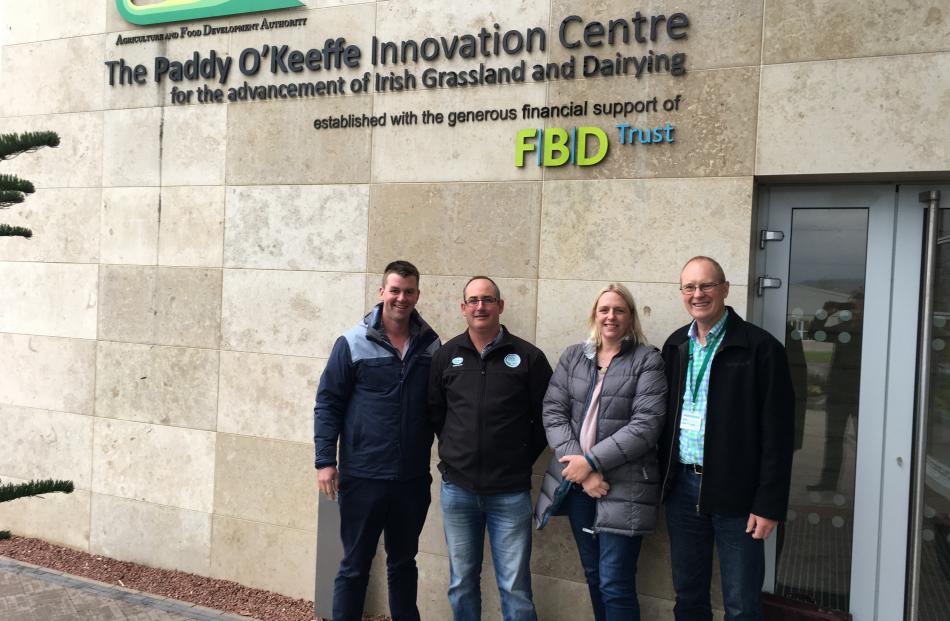 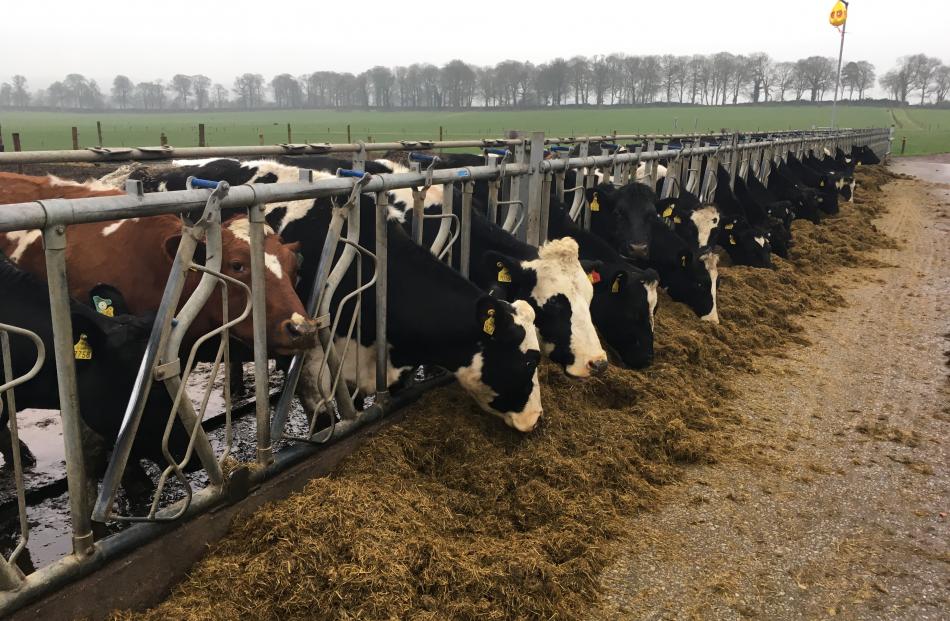 Cows eat silage on a topless cubicle in Ireland.

Similarities between Ireland and New Zealand are leading to collaborations on research and development in the dairy industry.

The aim of the visit, which had funding from the two organisations and the Ministry for Primary Industries, was to cement the collaboration between the two countries.

Mr Driscoll said both countries were similar in climate which made them ideal for comparisons in research and development.

One of the main objectives of the trip was to look at farm wintering systems.

''The farms that we visited had the cubicle barns, which were very similar to our barns, and also topless cubicles, which didn't have a roof.''

The group also visited a dairy farm which was winter grazing cows on fodder beet.

In Ireland, average herd sizes were about 150, compared to New Zealand's 414.

There were also no corporate farms; rather they were family owned, Mr Driscoll said.

For a long time Ireland had quotas on the amount of milk farmers were able to produce, which were lifted in 2014.

Now, they were working to increase milk production, with the goal of 7.5 million litres by 2020.

About 20% of Ireland was in dairy farms, so there was a large amount of opportunity for growth, Mr Driscoll said.

''Their opportunity is big. Both Tony and I said they're where Southland was 10-15 years ago in the growth.''

While they were there, 200 applications for conversions to cow farms had been lodged with one of the country's dairy co-operatives.

One thing Ireland did far better than New Zealand was its stock transfer system, he said.

Calves are tagged with two ear tags at birth, and if one was lost, a replica had to be ordered with the same details for the same animal.

Mr Driscoll said it was an impressive set up, with 92% of farmers a part of the scheme.

While there they also talked with Teagasc head of animal and grassland research and innovation programme Pat Dillon and visited five dairy farms in southern Ireland. (Teagasc is the state agency responsible for research and development, training and education services in the agri-food sector).

The pair also attended a Positive Farmers conference, run by Michael Murphy, and would now be alternatively held between New Zealand and Ireland biennially.

On the last night, the group had dinner with Teagasc head of livestock systems department and dairy enterprise leader Padraig French and Dr Dillon, which confirmed the collaboration between the two countries.