Agriculture has plenty of challenges and the list is building by the day.

But North Otago Irrigation Company chairman Matt Ross reckons if people went for a drive around rural North Otago and saw some of the businesses operating, they would say, "isn't that amazing?". 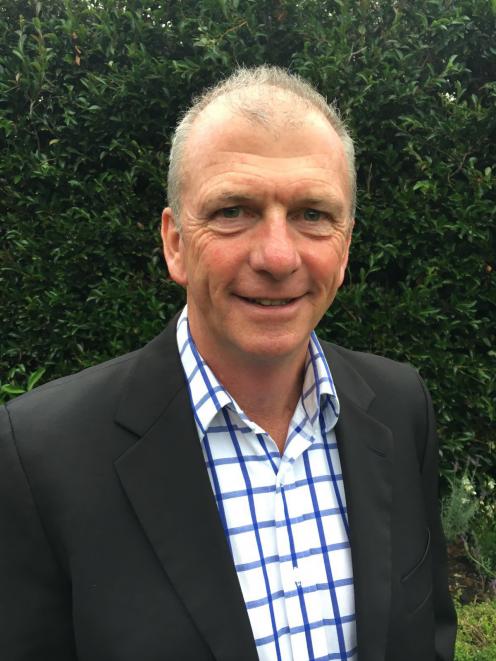 Andrew Rodwell
It was very fortunate the district had farming leaders and people with vision as the opportunities irrigation had opened up for the North Otago community had been "huge", Mr Ross said.

The NOIC scheme, officially opened in October 2006, is a piped and pumped scheme which delivers water to thousands of hectares across the district's downlands.

NOIC's water take consent was 8.22 cumecs and there was "no more".

"These shares represent the last ever chance for farmers in our scheme area to secure water," he said.

For NOIC, the share offer was an exciting opportunity, Mr Ross, a dairy farmer from near Duntroon, said.

The company was at the end of its infrastructure capability and consented allocation.

"Beyond this, there won't be more, it'll be how we use this," he said.

From when the water was first turned on in the mid-2000s, the understanding of how to use that water - and capture the benefit of it - was quite different.

Its management had evolved during that journey from taking dryland to irrigated land, he said.

Mr Ross described North Otago as a unique environment, with a wide range of businesses operating within the primary sector - from dairy to arable, bird seed production to poultry, horticulture and viticulture.

There were businesses doing "pretty cool things" and over the next 10 to 15 years, he expected to see more diversity and more specialty things happening.

North Otago had good land for farming and the opportunity for reliable water made farming predictable. With that, came security around investment decisions - reliability and predictability equalled opportunity and growth.

It also did mean cost but also reliability of the outcome - "you know what you're going to get" - and that reliability and security was crucial to the future of the agri-sector. 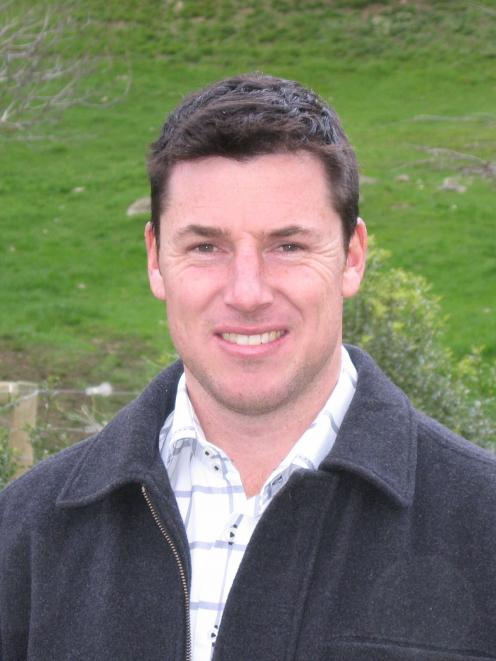 Matt Ross
When Mr Ross first arrived in North Otago in 1994 as a university student for a summer job, there was a "race" for young people to get out of the area.

But now, there were a lot of 30 to 40-year-olds, with young children, who had come back to the region, seeing it had a future and was a great place to live.

What started as only a summer holiday job for him had led to opportunities and provided a future.

"I'm still here because of this," he said.

He and his wife Julie and their children were farming and living in a "pretty amazing part of the world" - and there were a lot of similar stories.

And that confidence in the district was built around farming, he said.

NOIC's new chief executive Andrew Rodwell was quickly gaining an understanding of those opportunities that water had presented for the district.

The ability to make decisions with a long-term focus was compelling and he was just one example of people attracted by the opportunities provided in the district, he said.

He took on the role after talking with a friend in recruitment in Christchurch who told him he had a job he might be interested in.

Initially, Oamaru was not on his plan but he quickly found the job was compelling.

Talking to people, he gained an understanding of the impact irrigation had on farming and, in particular, what it had done for North Otago.

The company provided water reliably to farmers who then used it to add value to their businesses.

Armed with a technical-science background, he started to appreciate the NOIC scheme's level of sophistication and the technical operation involved in lifting water from river level up to 160m.

His curiosity also extended to the environmental and technical components applied to mitigate any effects on-farm, and the fact the company had a critical role to play in helping its farmers achieve that.

"Our focus on the environment, it's one of our absolute strategic pillars," he said.

He was drawn to the complexity of the scheme and the opportunity to "make a difference" environmentally.

There was also the opportunity to live in a different part of the world, a common theme throughout his life.

Home for Mr Rodwell was Rotorua until he was 10, then he went to boarding school from intermediate-school age.

After attending secondary school in Auckland, he completed a science degree at the University of Canterbury.

Then it was back to Auckland where he worked in a science-type role in the agri-industry in the heyday of goat breeding.

From there, he moved into the export side of things, having always had an interest in "things international".

That ultimately led to some time in Los Angeles, with four years representing New Zealand as trade commissioner.

At the end of his fixed term, Telecom New Zealand offered him a role to stay on in Pasadena.

Eventually returning to New Zealand, it was to work for a Bay of Plenty company that became ArborGen, a major producer of forestry planting stock.

From there, there were more engineering and manufacturing roles and so it had been a broad and diverse career.

Joining NOIC was another chapter in his life, in a different place, and in the primary sector which he had always had an affinity for.

Since starting in May, the job was going well, he said. The company had a great culture, it was clear in its objectives and was focused on shareholder value.

That meant it could do some "pretty exciting things" to keep the company at the forefront of scheme technology and environmental management.

NOIC's next phase was important. The sale of the shares would raise more equity, but also represented the last of the water: "once its gone, it's gone".

It was unimaginable NOIC would get a further allocation out of the Waitaki River.

In 50 years time', Mr Rodwell believed there would be "a hell of a lot of drought periods" - "climate change is real" - and therefore securing farms and reliability of productivity would be increasingly important.

But "all we can do is provide opportunity", he said.

An important part of his first period at NOIC had been creating the information memorandum which supported the offer of shares.

That offer was now going public, the first meetings were this week, and he expected there to be good uptake.

Climatically, it was dry in the district and NOIC had accelerated its maintenance programme and was able to bring water forward to August 1 instead of September 1.

Realistically, a dry winter was also probably going to make the job of selling shares "a little easier".

It was what was termed "intelligent" irrigation that was being used; farmers were managing their properties with precise irrigation and fertiliser application, depending on the need, down to square metre areas.

That story around what they were doing with technology around mitigating any effects needed to be told.

As with anything, there were those farmers who led the way and were early adopters, and then those that were trailing. They were the ones who needed to be focused on, he said.

NOIC had a suite of farm audits every year and all shareholders were required to have a farm environment plan, the first in the country to do that.

The company reserved the right to not supply water - and would not hesitate to do that - if people refused to get on board with their environmental obligations, he said.

NOIC wanted its farmer shareholders - roughly 200 - to be regarded as the best custodians of their land from an environmental perspective.