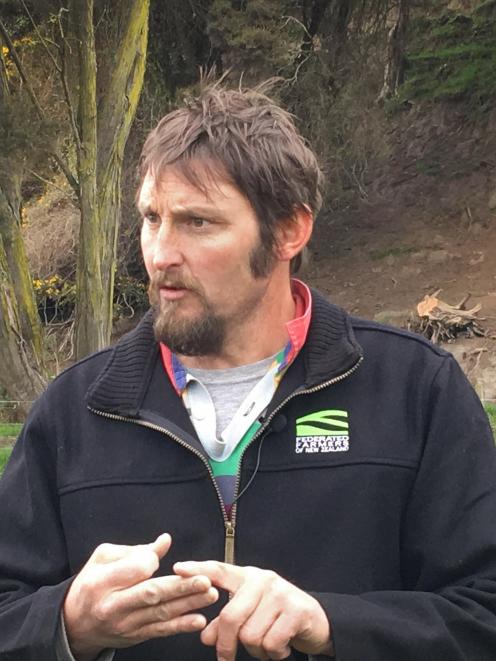 Simon Davies.
Federated Farmers Otago president Simon Davies would like to see a support and advocacy group, similar to that established in Ashburton last month, rolled out for Otago and Southland and other regions affected by Mycoplasma bovis (M. bovis).

A group of representatives from the Ashburton District Council, agricultural industries and health industries has been formed to help address potential and ongoing concerns about the disease in the district to improve communication between the Ministry for Primary Industries (MPI) and relevant organisations.

Mr Davies said a similar group would be beneficial for Otago and Southland as farmers and industry representatives worked through the difficult recovery phases.

He said there was concern from Federated Farmers and the other organisations about some farmers suffering from stress and were losing confidence in MPI.

"For eradication to be successful they have to have the confidence and co-operation of farmers, and MPI is losing that in some areas and in some cases.''

He knew of a couple of Otago farmers who had "given up as it was too hard''.

In addition to farmers and farm workers, he knew of rural support trust and other support group members who were "interfacing'' between farmers and the people making the decisions, who were getting stressed, over-worked and exhausted.

"I know MPI has been rotating personnel through the roles and that is causing issues for farmers who are not dealing with the same people [through the process].

"I believe [it was important] to have a roll-out [of similar groups] across the country where the need arises and to do it very quickly.''

He advised any farmers who were feeling frustrated or stressed to talk to rural support trust volunteers, Federated Farmers or Beef + Lamb New Zealand representatives and even their accountant or bank manager.

"If farmers don't have the confidence they will be reluctant to put their hand up if something is not quite right.''