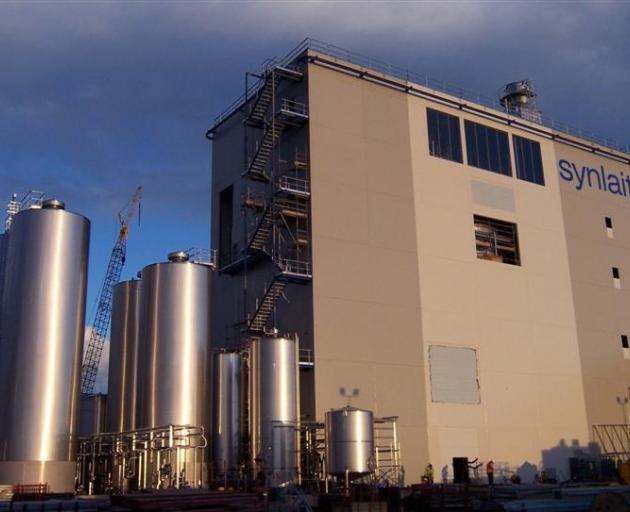 Synlait's dairy factory at Dunsandel. Photo: ODT files
Synlait Milk says it will spend about $18 million to double production of lactoferrin at its Dunsandel plant after securing a multi-year agreement to supply the high-value milk protein.

The dairy company did not identify the customer but said a demand and supply imbalance "is driving global strengthening of lactoferrin prices and demand is notably driven from increasing use of lactoferrin in infant formula, particularly in China".

It expects to complete the expansion by October.

"As a specialty ingredient, lactoferrin commands a much higher price per metric tonne than many other dairy-based ingredients," Elizabeth Reid, a group category manager at Synlait, said.

Last year, Synlait gained a GRAS (Generally Recognised As Safe) notice from the US Food and Drug Administration to export lactoferrin to the US for use in infant formula and toddler formula, saying at the time it was only the second company worldwide to get that status.

The company is coy about the financial details of its lactoferrin business. Its 2017 annual report says it sold 11 metric tonnes of the iron-binding protein last year, up from 10 tonnes in 2016. According to Synlait, the ingredient is recognised for its anti-bacterial and anti-inflammatory properties.

Last month, Synlait posted a record first-half profit of $40.7million, which it attributed to production and sales of high-margin products and its partnership with A2 Milk.