Windsor Blue off to home of cheese 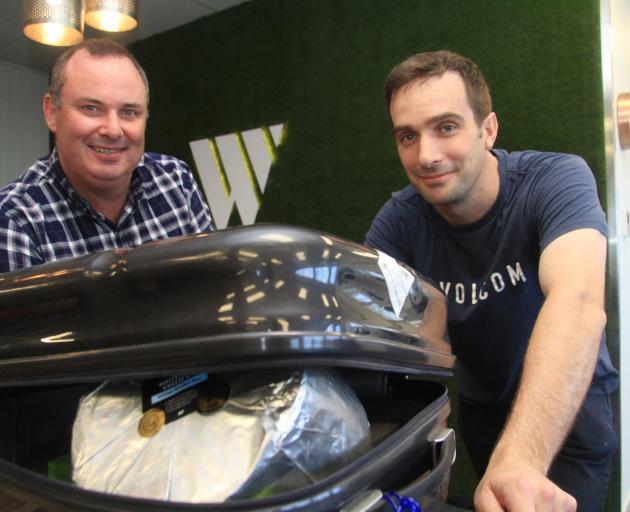 Whitestone managing director Simon Berry said that to be shipping to Europe where cheesemaking was established showed that ''as new-world cheesemakers we're coming of age''.

The first pallet-sized consignment, weighing about 250kg, was pre-sold to multiple customers and then delivered to France last month, with a follow-up order expected in the new year.

''We've secured a well-organised distributor who pre-sold it all, in their catalogue,'' he said.

Buyers included high-end delicatessens, hotels and food services across Europe, and the Windsor Blue was now sitting on shelves alongside old-world classics such as Roquefort, Stilton and Gorgonzola, he said.

The pair had carried a round of Windsor Blue in a suitcase around France.

''The Vintage Blue is a niche in Europe, not so strong and dryer,'' Mr Berry said.

Whitestone's distinct Windsor Blue mould strain delivered a ''sweet finish'' not found in other blue cheeses, combined with a full cream recipe and six months of maturation, he said.

Working with the New Zealand consulate and New Zealand Trade and Enterprise's Paris office, Mr Berry said a Paris-based distributor was found who supplied both France and other European markets.

The bulk of the order was comprised of Whitestone's flagship Vintage Windsor Blue.

At present, Whitestone exported less than 5% of its produce and the Vintage Windsor Blue was one of the most popular sold in New Zealand, from the 25 cheese varieties produced, Mr Berry said.